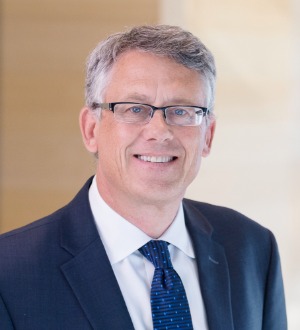 Bob Faucher aggressively represents his clients to protect their claims and rights in bankruptcy cases and other commercial litigation.

Bankruptcy and Creditors’ Rights. In his 31 years as a bankruptcy lawyer, Bob has played a significant role in hundreds of major bankruptcy cases in 18 different states, most often representing lenders. Bob also represents creditors seeking to recover indebtedness or collateral outside of bankruptcy, whether in lawsuits in the federal and state courts, or in out-of-court workouts and restructurings. Chambers and Partners recently named Holland & Hart’s Boise office the top bankruptcy/restructuring practice in Idaho.

Commercial Litigation. Bob has successfully litigated cases in federal and state courts, in both bench trials and jury trials, and on appeal. The Chief Judge of the United States District Court for the District of Idaho described Bob’s written and oral work as “well organized and well researched . . . persuasive . . . high quality . . . .”