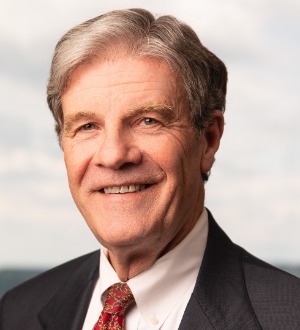 Rick Powers graduated with honors from the University of Tennessee College of Law in 1975 and was Order of the Coif. He has more than 40 years of general civil trial practice experience with more than 350 jury trials. His practice areas now primarily include health care liability for hospitals, nursing homes, and physicians; insurance defense in trucking, automobile, and homeowners’ cases; and other commercial litigation.

Rick is licensed to practice in all Tennessee state courts and U.S. District Court, Eastern District of Tennessee, the U.S. Court of Appeals, Sixth Circuit, and the United States Supreme Court. He is also a certified mediator approved by the federal and state courts. He is a member of the American, Tennessee, and Knoxville Bar Associations, The Knoxville Bar Foundation, The American Inns of Court, the Tennessee Defense Lawyers’ Association, the International Association of Defense Counsel, the Federation of Defense and Corporate Counsel, and the Defense Research Institute.

In his spare time, Rick enjoys his small horse farm where he and his wife breed and raise American Saddlebred horses.