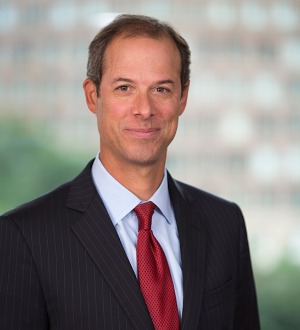 Recognized by Best Lawyers® since 2015.
21 Custom House Street Boston, Massachusetts 02110
(617) 737-3100
|
Firm: Jones Kelleher LLP
|  Website
Edit Profile
Edit Your Profile
To edit your Lawyer Directory information, please login to your
Best Lawyers® Admin Account.
If you have any questions or need assistance, please contact us at info@bestlawyers.com or 803.648.0300.
Overview
Firm

Richard W. Paterniti is a partner at Jones Kelleher. His practice involves the litigation and trial of personal injury cases with a focus on medical malpractice, premises liability, motor vehicle negligence and product liability cases. Rich has successfully represented clients in state and federal courts throughout the country and has worked on trial teams that have successfully obtained multi-million dollar resolutions for injured clients at trial, arbitration and mediation. His practice also has included employment and commercial litigation.

Rich has been recognized for his work by his peers and by national organizations. The Personal Injury and Medical Malpractice groups in which he is a partner have received the highest rankings of excellence by various organizations, including the U.S. News and World Report.

Rich has been selected by his peers for inclusion in the publication of Best Lawyers in America since 2015 in the category of Personal Injury Litigation. In addition, the Martindale-Hubbell National Law Directory has awarded Rich an AV rating, the highest possible rating for legal ability and ethical standards.

In 2013, 2015 and 2016, Rich was selected by his peers as one of the Top 100 Attorneys in Massachusetts, as published in the New England Super Lawyers publication and in Boston Magazine. Since 2011, as published in Boston Magazine, Rich has been selected as a "Super Lawyer," a rating given to the top 5% of practicing attorneys based on an extensive peer review and evaluation process. Prior to that, Rich was selected as a "Rising Star" (2009, 2010).

In addition to his legal work, Rich serves on the Board of Directors of Wide Horizons for Children, an organization dedicated to the well-being and security of vulnerable and orphaned children worldwide. Over the years, he has contributed his time and energy to other non-profit organizations in the Boston area.