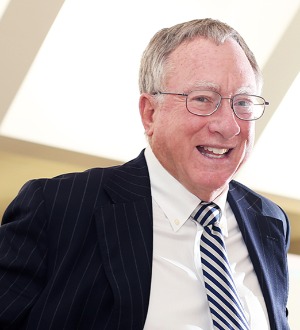 Recognized by Best Lawyers® since 2009.
320 Post Road West Westport, Connecticut 06880
(203) 222-1034
|
rslavin@cohenandwolf.com
Firm: Cohen and Wolf, P.C.
|  Website
Edit Profile
Edit Your Profile
To edit your Lawyer Directory information, please login to your
Best Lawyers® Admin Account.
If you have any questions or need assistance, please contact us at info@bestlawyers.com or 803.648.0300.
Overview
Firm

Richard Slavin  is the managing partner of the firm's Westport office. He is a principal and chair of Cohen and Wolf's SecuritiesGroup. He is also a member of the firm's Litigation and Business & Corporate Groups. Mr. Slavin practices in the areas of securities regulation, securities litigation in state and federal courts, and banking regulation. He regularly represents broker-dealers, investment advisers, broker-dealer agents, investment adviser agents and solicitors, and issuers of securities before federal, state and self-regulatory securities agencies as general counsel, compliance counsel, and in arbitration's before self-regulatory agencies. He has been a member of the arbitration boards of the Financial Industry Regulatory Authority ("FINRA") and the National Futures Association for 30 years. He regularly represents Claimants and Respondents in securities arbitration's before FINRA and the American Arbitration Association panels. Mr. Slavin has also represented securities litigants in over 80 meditations.

Prior to joining Cohen and Wolf, Mr. Slavin served as the director of the Connecticut Banking Department's Securities and Business Investments Division from 1981 to 1983. Prior to that time, he served as a financial analyst examiner, staff attorney, and Attorney Inspector at the Ohio Division of Securities from 1972 through 1981. He also served as a staff attorney in the Division of Enforcement at the United States Securities and Exchange Commission in 1981, as a part of the Intergovernmental Exchange Act Program.

Mr. Slavin has been recognized as a leading lawyer in Connecticut in the area of Commercial Litigation by Chambers USA - America's Leading Lawyers for Business (2009-2016) where sources agree that he "is widely admired for his securities and SEC enforcement expertise. He is commended for his depth of experience in commercial arbitrations, as well as in business tort litigation such as misrepresentation claims".  In addition, Mr. Slavin has continually been listed in the Best Lawyers in America for his work in the areas of Securities/Capital Markets Law (2009-2019) and in Securities Regulation (2011-2019).  In 2017 Mr. Slavin was named "Lawyer of the Year" by  Best Lawyers in America for Securities/Capital Markets Law in the Stamford area.  He is also is named a Connecticut Super Lawyer  (2011-2019) for his work in the area of Securities Litigation.

Mr. Slavin serves on the State Regulation of Securities Committee of the Business Law Section of the American Bar Association and is vice-chair of its Enforcement Committee. He is also the liaison for this Committee to the Connecticut Banking Department. Mr. Slavin is a member of the Securities Litigation Committee and the Arbitration and Enforcement Subcommittees of the Litigation Section and a member of the Federal Practice Section of the American Bar Association. He is a member of the Arbitration Boards of the Financial Industry Regulatory Authority (FINRA) and the National Futures Association. Mr. Slavin is the author of "Securities Regulation in 1990," Connecticut Bar Journal, May 1990, and lectures and writes extensively on securities law.

Mr. Slavin is a member of the Board of Trustees of the Westport Country Playhouse. Mr. Slavin served as Secretary of the Playhouse from 2009 through 2011, and currently serves as Assistant Secretary.  He also serves on the Playhouse's executive, corporate governance, and audit committees. Mr. Slavin served as chair of the Jewish Center for Community Services of Eastern Fairfield County from 1999 through 2001, and also served on its and its predecessor organization's Board of Directors for 17 years. He served as chair of the Jewish Community Foundation, Inc. from 2004-2005 and was a member of the Board of Directors of the Jewish Community Endowment Foundation of Stamford, Inc. in 2004 and 2005. Mr. Slavin was president of Congregation Beth El in Fairfield from 2005 to 2007, where he previously served as executive vice-president, vice-president of Ritual, and chair of its Rabbinic Search Committee. He currently serves as the chair of its Personnel Committee. In 2006 Mr. Slavin was elected as treasurer and a director of Young Emissaries of Greater Bridgeport, Inc. In 2004, he received the United Way's Community Builder Award for his work with charitable organizations.