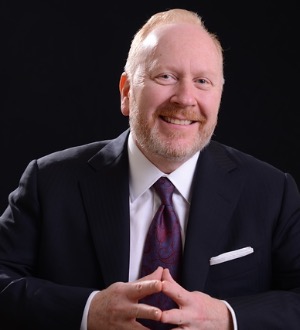 Richard Gordon has more than 25 years of experience as a litigation and trial lawyer representing consumers, the poor and the underrepresented. Since the beginning of his legal career in 1989, Mr. Gordon has taken on the causes of underdogs, against the government and corporations throughout the United States. Mr. Gordon is not afraid to challenge the existing power structure if it will correct an injustice.

Over the past 25 years, Mr. Gordon has served as Lead Counsel in dozens of complex and class action cases on behalf of consumers, minorities, disabled children, migrant workers and businesses. He has obtained multi-million dollar verdicts on behalf of his clients and, in all, has recovered and returned several hundred million dollars to those in society who have been wronged, harmed or taken advantage of.   The cable industry, insurance companies, car dealers, finance companies and some of the largest mortgage lenders in the country, are among the companies whose wrongful and illegal actions have been the target of Mr. Gordon's litigation.

Mr. Gordon and Gordon, Wolf & Carney Chtd. are known and recognized nationally for their innovative and relentless approach to complex litigation that relies upon rigorous analysis, sound judgment and litigation skills. Because of its success, Mr. Gordon's law firm has received numerous national and local awards including the 2010 National Consumer Attorneys of the Year presented by the National Association of Consumer Advocates. Gordon, Wolf & Carney Chtd. is listed in U.S.News and World Reports listing of Best Law Firms in America (National and Metropolitan rankings) in the category Mass Torts/Class Actions – Plaintiffs. Mr. Gordon is also individually recognized in Best Lawyers in America and Maryland Super Lawyers for his achievements in the class action arena and twice has been chosen by Best Lawyers in America as the "Lawyer of the Year" (2016, 2018).  He was elected as a Fellow in the Litigation Counsel of America and maintains an AV® Preeminent™ Peer Review RatedSM by Martindale-Hubbell®, the highest possible rating.  In 2017, Mr. Gordon was one of the Maryland Daily Record's "Leadership in Law" Honorees.