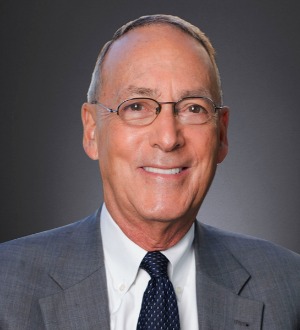 Recognized by Best Lawyers® since 2015.
600 Third Avenue Kingston, Pennsylvania 18704
(800) 760-1529
|
Firm: Hourigan, Kluger & Quinn, PC
|  Website
Edit Profile
Edit Your Profile
To edit your Lawyer Directory information, please login to your
Best Lawyers® Admin Account.
If you have any questions or need assistance, please contact us at info@bestlawyers.com or 803.648.0300.
Overview
Firm

Attorney Richard M. Goldberg, a principal in the law firm of Hourigan, Kluger & Quinn, joined the firm’s Business Team in 1964 and is widely regarded as the dean of labor law in Northeastern Pennsylvania.

A graduate of Dickinson College and Dickinson School of Law, Attorney Goldberg holds a Master of Laws degree from Temple University Law School. In 2006, he was given the President’s Award by the Luzerne County Bar Association for his service to the legal community. He is also the recipient of a special President’s Award from the Pennsylvania Bar Association for outstanding leadership. He has been designated a Pennsylvania Super Lawyer in the areas of employment and labor law every year since and was ranked a Top-Rated Lawyer for 2013 in the same areas of practice by American Lawyer Media and Martindale-Hubbell, a national lawyer-rating firm. He was selected for inclusion in the 2015 edition of “The Best Lawyers in America” in the area of employment law-management.

In addition to his career as an attorney, Attorney Goldberg has had an extensive military career, having retired with the rank of Colonel from the U.S Army Reserve. He served as the Chief of Staff of the 79th Army Reserve Command at the Willow Grove Naval Air Station, and also served three-year stints as the commanding officer of the Army Reserve Centers in Hanover Township and Scranton. He is the recipient of numerous medals and commendations, including the Legion of Merit and three Meritorious Service Medals.

Attorney Goldberg has also been very active in the Jewish community, having served as President and Chairman of the Board of Trustees of Temple Israel and President of the Jewish Community Center of the Wyoming Valley, both in Wilkes-Barre. He is the recipient of the B’nai B’rith Community Service Award and the Jewish Family Service Distinguished Service Award.

Attorney Goldberg is a member and past President of the Luzerne County Bar Association; member of the Pennsylvania Bar Association, where he served on its Board of Governors and House of Delegates, and chaired numerous committees; a member of the American Bar Association, where he served on numerous committees and chaired the Standing Committee on the Unauthorized Practice of Law; a member of the American Judicature Society; and a fellow of the College of Labor and Employment Lawyers. He was recognized with a special award from the Dickinson School of Law Alumni Association’s Northeastern Pennsylvania Chapter for his leadership and many years of service to his alma mater.

A resident of Wilkes-Barre, Attorney Goldberg is married to Rosemary Chromey. He is the father of three children, Harry, Jane, and Leah Goldberg.