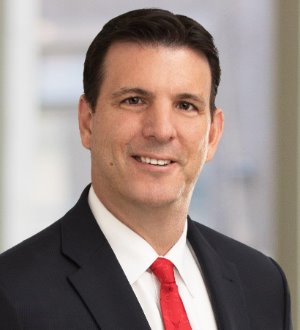 Recognized by Best Lawyers® since 2012.
11 South Meridian Street Indianapolis, Indiana 46204-3535
(317) 236-1313
|
Firm: Barnes & Thornburg LLP
|  Website
Edit Profile
Edit Your Profile
To edit your Lawyer Directory information, please login to your
Best Lawyers® Admin Account.
If you have any questions or need assistance, please contact us at info@bestlawyers.com or 803.648.0300.
Overview
Firm

As bond counsel to counties, cities, towns, school corporations and other governmental entities, Rick advises on the financing of local infrastructure projects. He also represents hospitals, retirement communities and other nonprofit organizations in obtaining tax-exempt financing. In addition, Rick serves as underwriter's, credit provider's and issuer's counsel and is recognized by The Best Lawyers in America in public finance law.

Rick is counsel to the Indiana Association of County Commissioners and advises public clients on other general governmental issues. Rick has drafted and lobbied the Indiana General Assembly on behalf of various types of legislation affecting local government. Moreover, Rick counsels businesses with respect to state and local government incentives for economic development projects.

Over the last several decades, Rick has also worked on economic development projects including the negotiation and implementation of incentive packages for new automotive manufacturing plants by several of the largest automotive brands in the world.Rick is personally vested in helping his clients to succeed because he feels that their objectives parallel the advancement of Indiana as a whole. In order to serve those around him in the most productive way possible, Rick makes an effort to continuously cultivate important relationships and remain connected with statewide elected officials, leadership and government professionals, as well as individuals who want to make a difference for Indiana and care as much as he does.