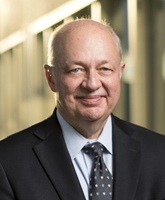 Richard divides his practice between commercial real estate and general corporate law. In recent years his real estate practice has included the development and leasing of new office buildings and retail developments as well as the purchase, sale and financing of existing projects, including downtown and suburban office buildings and office parks, big box retail facilities, shopping centers and industrial parks. He has been recognized in several publications, including The Best Lawyers in America which named him the Best Lawyer in Nashville for Real Estate in 2009.

On the corporate side, Richard plays an ongoing role in coordinating the firm's representation of a number of privately held corporations on the construction, manufacturing and restaurant industries, as well as several large nonprofit organizations.

He is active in civic and community affairs, having represented Nashville Public Television for over thirty years and currently serving a second term on its Board of Directors as Chair. He is an elder at Westminster Presbyterian Church in Nashville where he frequently teaches adult Sunday School classes. Richard assisted the nonprofit Urban Housing Solutions in its redevelopment of a motel into a 100-room single-room occupancy (SRO) facility for formerly homeless people and then served as the Chair of that organization's Board for nine years assisting it with numerous other affordable housing projects. He also served for three years as a Director and Vice-President for Personnel for the Pastoral Counseling Centers of Tennessee.

Richard's corporate work has included the representation of a number of organizations affiliated with the United Methodist Church that are headquartered in Nashville as well as other large, nonprofit entities. He often plays the role of senior counselor to privately held companies, working with the company's general counsel if the company is large enough to have one or directly with senior management of the company. If an issue requires additional expertise, Richard will assist the client by identifying other attorneys with the appropriate background. In this capacity, Richard sees his role as identifying and solving problems with as much efficiency as possible, keeping the business needs of the client in the forefront.

Richard has also been involved in many merger and acquisition transactions over the years, buying, selling and financing businesses in many different industries, including construction equipment rental firms, telecommunication companies, uniform rental, security alarms, and many other businesses.