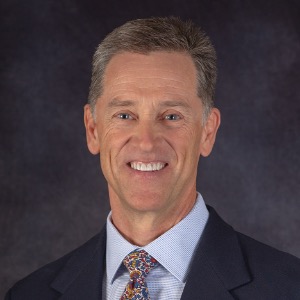 Richard Holley is an experienced business lawyer, helping clients throughout Nevada and elsewhere in the U.S. with difficult bankruptcy and related commercial litigation. His primary focus is bringing value to the clients he serves. Open communication, collaboration, transparency, assigning the right lawyer with precisely the right skill-set and reducing client frustrations are the foundation of the enduring and successful relationships Richard has with clients. He recognizes that litigation is often the action of last resort and rarely adds profit to the bottom line. For this reason, Richard views litigation on a continuum, believing that cases have natural breaking points at which strategy can and should be reevaluated in order to maximize recovery where possible and minimize loss where appropriate.

Regardless of the location of his clients’ operations or aspects of the case, Richard has a trusted reputation among banks and lenders, creditors, receivers, charter schools and others facing insolvency and adversarial claims and disputes. In addition, he is known in the real estate sector, particularly for matters involving thorny landlord-tenant issues and retail properties.

Clients appreciate the depth and variety of Richard’s practice. When the economy is strong, Richard actively supports his banking and other clients in realizing their goals and objectives. In a downturn, creditors and receivers seek Richard’s representation in contentious bankruptcy proceedings and related state court litigation. For example, the receiver for the first charter school in Nevada to be placed into receivership turned to Richard and his team to navigate and address difficult financial, employment and administrative issues. This resulted in a second appointment as receivership counsel for another Nevada charter school. These representations have positioned Richard and his team to assist charter schools outside of the receivership context with their operational, employment and administrative needs and challenges.

Richard is a member of the Holley Driggs executive management committee. He also writes and speaks on current business law topics, serves as a volunteer lawyer for Legal Aid of Southern Nevada, where he frequently represents low income individual debtors and serves as a child advocate in family court. He is a founding and current member of the Pro Bono Project Mid-Case Bankruptcy Committee and serves as a member of the Pro Bono Committee for the American College of Bankruptcy, which administers and awards of $300,00 in annual grants to qualified organizations throughout the U.S.

In 2010 and 2011, Mr. Holley served as the treasurer for the Bankruptcy Section of the Nevada Bar Association and served as Finance Co-Chair in 2012.

Mr. Holley currently serves as a member of the Pro Bono Committee of the American College of Bankruptcy.  The Committee evaluates applications and awards grants for pro bono projects throughout the United States.  He is also an Affiliate Member of the Special Assets Management Association (SAMA).