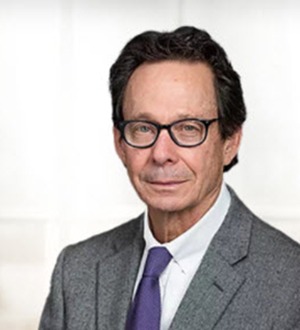 For over 40 years, Richard Cozad has focused his practice on admiralty, marine insurance and environmental matters. He has also tried bodily injury, property damage and insurance coverage cases in most of the state and federal courts in South Louisiana. Over the years, Mr. Cozad has been invited by various industry groups to speak and share his expertise on topics such as maintenance and cure, punitive damages, vessel seizures, contractual indemnity, marine insurance, the Oil Pollution Act of 1990, naturally occurring radioactive material claims and developments in Maritime Law.

Mr. Cozad received his Bachelor of Arts degree from Loyola University in New Orleans with a major in history and a minor in English. He later attended Tulane Law. There, he was a member of the National, International and Southern Regional Moot Court teams. He began his career in law as a clerk for the Honorable Nauman Scott, Chief Judge of the U.S. District Court for the Western District of Louisiana. After completing his clerkship, Mr. Cozad was hired as an associate with the law firm of Johnson & McAlpine.

In 1995, Mr. Cozad returned to Tulane Law School and received a Master of Laws degree in energy and environmental law. In 1999, he accepted a position as an Adjunct Faculty Professor at Tulane and, since that time, has taught the “Marine Insurance II” course, which focuses on protection and indemnity, hull, marine general liability, maritime employers liability, pollution, excess, bumbershoot and reinsurance coverages.

Mr. Cozad is licensed to practice in all state and federal courts in Louisiana and Texas, as well as the Fifth Circuit Court of Appeals and the U.S. Supreme Court.