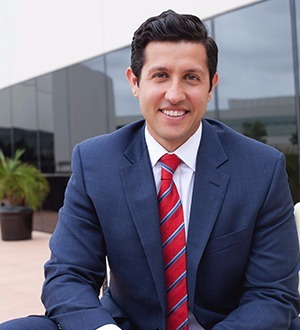 Recognized by Best Lawyers® since 2015.
811 Wilshire Boulevard, Suite 1700 Los Angeles, California 90017
(888) 222-8286
|
Firm: The Torkzadeh Law Firm
|  Website
Message
Edit Profile
Edit Your Profile
To edit your Lawyer Directory information, please login to your
Best Lawyers® Admin Account.
If you have any questions or need assistance, please contact us at info@bestlawyers.com or 803.648.0300.
Overview
Firm

Reza Torkzadeh is the Founder of The Torkzadeh Law Firm, a Plaintiff's only personal injury law firm with offices throughout California and Illinois. Reza has been recognized by his peers since 2010 as being a SuperLawyers Rising Star.  Every year since 2014, Reza has been selected by his peers to the SuperLawyers list in California - an honor saved for no more than 5% of the lawyers in the country.

In the past two years alone, Reza has obtained verdicts, judgments and settlements in excess of $100,000,000.00 on behalf of his clients.

In 2014, 2015, and 2016, The National Trial Lawyers listed Reza on the Top 40-Under-40 list and AVVO rated him a perfect 10/10. The American Society of Legal Advocates and the Los Angeles Magazine both recognized Reza as an up an coming lawyer and Top 40-Under-40 respectively.

Reza has been recognized in the Wall Street Journal, Los Angeles Times, CNN, NY Post and other National and local publications.

He is the co-author of Accidents Happen But Who's Going to Pay the Bills? A Consumer's Guide to the California Personal Injury & Wrongful Death System.

The Torkzadeh Law Firm is not only committed to defending the rights of injured individuals and protecting consumer interests, but is also fully committed to the community, as evidenced by their globally acclaimed "Don't be a Dummy" - Don't Text & Drive campaign, their "Put a Lid on It!" - national bicycle safety campaign and their hyper local "Tomorrow's Future" campaign, helping families in need in the Los Angeles area.