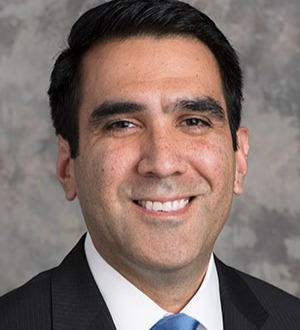 Rey Flores is a trial lawyer and combat veteran who brings the focus, creativity and will to win that he demonstrated during his time on active duty with the U.S. Army. An honors graduate of the University of Texas School of Law and a dean’s list graduate of the United States Military Academy at West Point, Mr. Flores has tried 26 cases to verdict with 16 of those as lead counsel.

Mr. Flores has represented clients in breach of contract, labor and employment disputes, catastrophic personal injury and wrongful death claims, construction law litigation and real estate matters in both state and federal courts. He has experience as both a prosecutor and criminal defense attorney. He has served as lead counsel on some of the most complex, significant and high-profile national security cases in the United States. Mr. Flores also has been appointed special prosecutor by the State of Texas.

Mr. Flores earned recognition by Texas Rising Stars for 2020 for his business litigation acumen. Rising Stars honorees represent less than 2.5 percent of eligible lawyers in Texas. The honor is bestowed on attorneys age 40 or younger or those who have practiced no more than 10 years.  A former armored cavalry and JAG officer, Mr. Flores has a deep understanding of defense and national security matters. He previously served as a tank and scout platoon leader in Iraq and as the executive officer of an armored cavalry troop in Germany. Following the latter assignment, he was nominated and selected for a prestigious assignment as the aide-de-camp for a general officer. In this role, the general officer for whom he worked would ultimately evaluate Mr. Flores as the best captain in the division.

A Texas Bar Foundation Fellow, Mr. Flores is also a member of the Board of Directors of the Hispanic Bar Association of Houston.