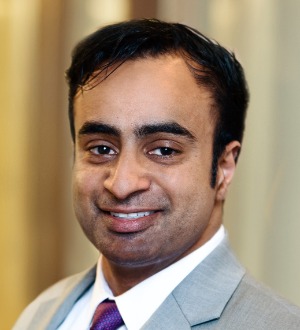 Renan F. Varghese is Of Counsel at Wigdor LLP.  In addition to wage and hour class action litigations, Mr. Varghese focuses his practice on cases involving individual claims brought under Title VII, Section 1981 of the Civil Rights Act, the Age Discrimination in Employment Act (ADEA), the Americans with Disabilities Act (ADA), the Rehabilitation Act and the Family and Medical Leave Act (FMLA).Mr. Varghese has years of experience representing a wide variety of clients in the labor and employment field, both in state and federal court and before various arbitration bodies.

He has also practiced management side litigation on behalf of large multinational corporations, international banks, and some of the largest companies in the country.  In this capacity, Mr. Varghese litigated employment discrimination lawsuits, conducted internal investigations, drafted employment policies, and reviewed employee discipline and termination decisions.  Mr. Varghese also has significant experience in the field of commercial litigation, including litigating issues concerning breach of contract, breach of fiduciary duty, failure to pay contractually mandated bonuses and tortious interference with business relationships.

Mr. Varghese also contributes to the community through volunteering and pro bono work and is currently involved in a project known as “Lawyers Without Borders,” where he and other attorneys at Wigdor LLP recently traveled to Kenya to train investigators on best practices in investigating and prosecuting wildlife crimes.

Mr. Varghese received his J.D. from New York University School of Law where he was a Staff Editor on the Journal of Legislation and Public Policy and a member of the South Asian Law Students Association.

Mr. Varghese is admitted to practice before the courts of the state of New York and the Southern and Eastern Districts of New York.