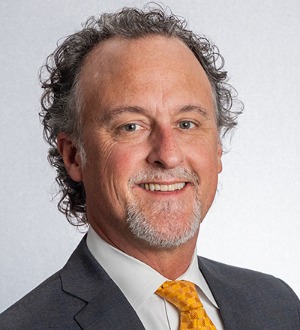 Recognized by Best Lawyers® since 2020.
121 North Spring Avenue Tyler, Texas 75702
(903) 526-1600
|
Firm: Martin Walker, P.C.
|  Website
Edit Profile
Edit Your Profile
To edit your Lawyer Directory information, please login to your
Best Lawyers® Admin Account.
If you have any questions or need assistance, please contact us at info@bestlawyers.com or 803.648.0300.
Overview
Firm

Reid Martin has been practicing law for more than 25 years. Board Certified in Personal Injury Trial Law by the Texas Board of Legal Specialization, Mr. Martin has tried numerous jury trials to verdict. This includes $43.32 million awarded to the patient of Tyler, Texas-based East Texas Medical Center and one of its doctors, after it was discovered the hospital was grossly negligent in its retention and supervision of a doctor on probation whose abandonment and improper care led to the patient’s complete loss of his quality of life and ability to provide for his family. The verdict ranked as the largest medical malpractice win in Texas in 2018, as published by VerdictSearch and Texas Lawyer magazine.

In a state where medical malpractice laws have made it increasingly difficult for victims to find justice, Mr. Martin is one of the few attorneys remaining who is willing to take on these cases. He has the track record and expertise to review complex medical matters and determine whether there is case that can be pursued on behalf of clients.

Mr. Martin attended the University of Texas, where he received a Bachelor of Arts in Economics. He received his law degree from South Texas College of Law and is licensed to practice in the state of Texas.