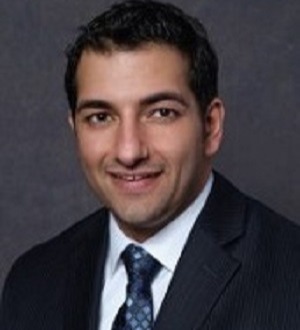 Raymond G. Lahoud, Chair of the firm’s Immigration Law Practice, focuses exclusively on the area of immigration law and deportation defense for individuals, families, small to large domestic and multinational businesses and corporations, employers, international employees, investors, students, professors, researchers, skilled professionals, athletes, and entertainers, in every type of immigration or deportation defense matter—whether domestic or foreign.  While Ray’s immigration practice global in reach, with service to individuals and organizations across the United States and beyond, he is located primarily at the firm’s three globally-linked offices: New York, New York; Bridgewater, New Jersey; and Allentown, Pennsylvania.

Ray’s immigration litigation practice includes deportation defense of thousands of individuals, at the Immigration Court, the Board of Immigration Appeals, the Administrative Appeals Office, and federal district and circuit courts.  In state and federal trial and appellate courts, he seeks post-conviction relief for the underlying crime that led to the removal proceedings, and serves as immigration counsel to non-citizens accused of removable crimes.  Ray’s ability to understand each interaction of criminal law with immigration law has made him a leading expert on issues of “crimigration” before state and federal courts reviewing post-conviction relief claims.

In law school, Ray earned Dean’s List, received CALI awards in many courses, and worked on the Georgetown Immigration Law Journal.  He was actively involved in additional programs and other organizations including the Barristers’ Counsel, ABA Law Student Division, ACLU at GULC, Catholic Student Association, and the Innocence Project, and worked for the Honorable Joanne Seybert, Federal District Court Judge for the Eastern District of New York.

At Lehigh, Ray was Editor of The Lehigh Review, earned Dean’s List, was named a President’s Scholar, was inducted into Phi Beta Delta, and received, among other awards, the Williams Award, Treen Scholarship, and Littner Scholarship.

He served as a United States Congressional Page under then-Congressman Ray LaHood (R-IL), and was a legislative aide to State Senator Lisa Boscola (D-PA).