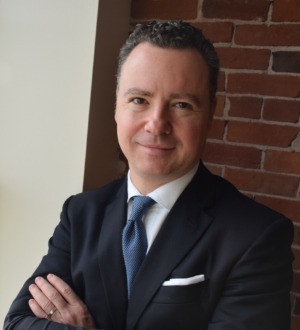 Recognized by Best Lawyers® since 2009.
183 Middle Street, Suite 100 Portland, Maine 04101
(207) 358-1010
|
Firm: Creswell Law
|  Website
Edit Profile
Edit Your Profile
To edit your Lawyer Directory information, please login to your
Best Lawyers® Admin Account.
If you have any questions or need assistance, please contact us at info@bestlawyers.com or 803.648.0300.
Overview
Firm

For 20 years, Randy Creswell has represented national and regional lenders, banks, financial institutions, private equity firms, secured and unsecured creditors, lessors and lessees, and other interested parties in consumer and complex commercial cases under Chapters 7, 11, and 13 of the Bankruptcy Code.  He has handled innumerable out-of-court workouts, receiverships and other insolvency proceedings, and he has extensive experience representing Chapter 7 trustees, Creditor Committees, stalking horse bidders, and creditors and insiders in § 363 sales, confirmation hearings of Chapter 11 plans, adequate protection contested matters, and all aspects of bankruptcy cases throughout the Northeast and nationally, including cases pending in the Districts of Delaware, Southern District of New York, Massachusetts, California, and Florida.

He is a skilled and technically sound litigator, having prosecuted and defended hundreds of avoidance and fraudulent transfer actions and other contested matters in Bankruptcy Court, U.S. District Court, and on appeal to the Bankruptcy Appellate Panel for the First Circuit.  Randy has also pursued and defended many breach of fiduciary duty and non-dischargeability cases, and he is routinely involved in complex commercial litigation of all manner in federal and state court, including before the Maine Business Court.

Randy has particular acumen and experience under Maine law in all aspects of the acquisition and sale of distressed real estate, whether through judicial foreclosure auctions, commercial auctions, or bankruptcy sales.  He is well-versed in mechanic’s lien law, and has represented many cities, towns, and water and sewer districts with respect to the foreclosure of real property, water, and sewer liens.

He is fully versed and proficient in Article 9 of the Uniform Commercial Code, and has conducted numerous secured-party sales, strict foreclosures, power of sale foreclosures, and judicial foreclosures.

Prior to forming Creswell Law, Randy was a director with a well-respected Portland law firm where he was the Chair of the firm’s Bankruptcy/Creditor and Debtor Rights Practice Group.  Before joining the firm, he served as a federal law clerk for The Honorable Gene Carter and The Honorable David M. Cohen of the United States District Court for the District of Maine.  Before that federal clerkship, he was a law clerk for the Judges of the Connecticut Superior Court.

Randy received his J.D. from Quinnipiac College School of Law where he was a member of the Quinnipiac Law Review, and he is admitted to practice in multiple jurisdictions and federal courts, including the District of Maine, the District of New Hampshire, and the First Circuit Court of Appeals.

Randy is the past Chair of the Local Rules Committee for the United States Bankruptcy Court for the District of Maine, and served on that Committee for nearly a decade.

He is the past President of the Board of Trustees for the Portland Public Library, having served on the Board of that wonderful and critically important organization from 2009-2019.

Outside of the office and courtroom, Randy enjoys spending time with his wife and three children, playing (older-ish) men’s league ice hockey, and volunteering his time for Goodwill Industries, ABI’s CARE program (Credit Abuse Resistance Education), and other similar organizations.