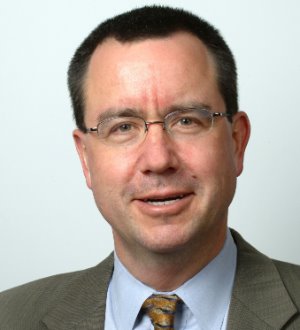 Randy Canney has devoted his legal career to defending the accused and has three decades of experience. He handles all criminal cases from serious felonies to misdemeanor and traffic cases. Mr. Canney is listed in Best Lawyers in America, maintains an “AV” rating by Martindale Hubbell, which is the highest ethical and professional rating awarded by this national recognized rating directory, and has been selected as a “Colorado Superlawyer” every year from 2007 until present. He received his J.D. from the University of Colorado in 1988 and his B.A. in English from Colorado College in 1984

He is proud to have served as a Deputy Colorado State Public Defender in the Montrose and Golden offices from 1988 until 1993. Since leaving the Colorado State Public Defender’s Office, he has maintained a solo criminal defense practice handling trials, appeals, and post-conviction matters. Mr. Canney has been involved in several death penalty cases, and in 2005, he received the Jonathan Olom Award from the Colorado Criminal Defense Bar for “remarkable personal sacrifice made without regard to personal gain in the defense of the accused.”

Mr. Canney has handled over 140 criminal jury trials, of which half were felony trials. Has also handled approximately 40 appeals of criminal cases in the State Appellate Courts and numerous complicated post-conviction motions. Further, has tried several first degree murder cases to verdict and one death penalty case through verdict and three judge panel sentencing.   He has also been accepted as an expert witness in criminal defense on numerous throughout the State of Colorado and frequently lectures on criminal defense topics for continuing legal education programs.

Outside of law, Mr. Canney is a nationally rated chess master and many time state chess champion of Colorado. He has also finished several Ironman triathlons, ultra-marathons, and other endurance events.

His office is in Salida, Colorado. Although he handles cases throughout the State of Colorado, he primarily takes cases in the South Central Rocky Mountains and the San Luis Valley.