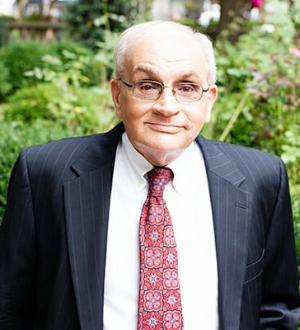 A former Chief Deputy City Solicitor for the City of Philadelphia, Ralph J. Teti is a partner with Willig, Williams & Davidson. He focuses his practice on labor representation, including representation of clients in grievance and interest arbitrations, state and federal courts, and before numerous boards, agencies and commissions. Considered by his peers as a leading authority on federal and state election law and regulation, Ralph also serves as counsel for political candidates, political action committees and related organizations in matters such as campaign finance and election law enforcement.

Prior to joining Willig, Williams & Davidson, Ralph spent 16 years litigating for the City of Philadelphia, first as an assistant city solicitor and ultimately as chief deputy city solicitor. During that time he was responsible for all employment-related litigation involving the city, including all facets of discrimination, hiring and promotion and labor relations issues. As chief deputy city solicitor, he also served as general counsel to the city’s police department, election commission, civil service commission and pension and retirement board.

Since joining Willig, Williams & Davidson, Ralph has contributed his talents to litigation involving the state’s takeover of the Philadelphia School District; litigation instituted to prevent the school district from placing responsibility for its operation with a private provider; and litigation to prevent the closure of, or a reduction in staff at, the Free Library of Philadelphia. In 1997, he successfully litigated the applicability of the Pennsylvania Heart & Lung Act to police officers and firefighters in Philadelphia. In 2003, he handled litigation that resulted in the elimination of a Philadelphia Home Rule Charter section banning voluntary political contributions by firefighters, asserting that the section violated the firefighters’ First Amendment rights. He also presents union client education workshops to ensure that clients are equipped with the knowledge and skills they need to stand up for their rights.

Ralph has been consistently selected by his peers for inclusion in The Best Lawyers in America® in the fields of Labor and Employment Law (Copyright 2012 by Woodward/White, Inc., of Aiken, S.C.) since 2006. He has also been consistently named a Pennsylvania Super Lawyer by Thomson Reuters in the field of labor and employment law since 2006, published annually in Philadelphia magazine.