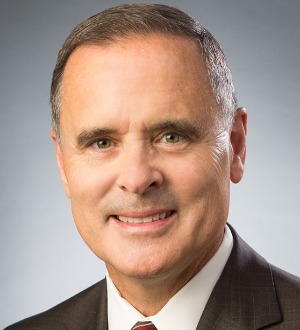 Ralph Tease is a shareholder and managing partner of the firm’s Green Bay and Appleton offices. He currently handles a wide range of personal injury and wrongful death cases and has tried cases in courts throughout the State of Wisconsin.

Because of his extensive trial experience, Ralph has been certified as a Civil Trial Specialist with the National Board of Trial Advocacy since 1997. He was also selected for exclusive membership in the American Board of Trial Advocates where he currently serves as Past-President, serves on the Board of Directors of the Wisconsin Association for Justice, and is currently the Chair-Elect of the Board of the Litigation Section of the State Bar of Wisconsin. Due to his distinguished legal accomplishments and community service, Ralph was selected as a Leader in the Law by the Wisconsin Law Journal and was elected as a Fellow of the Wisconsin Law Foundation. He has been recognized as a Super Lawyer by the Milwaukee Magazine every year since 2005, and named as one of their Top 50 Attorneys. He has also been named as one of the Top 10 Attorneys in the State of Wisconsin since 2017.  He also has been listed as a Best Lawyer in America since 2015, and in 2017 was listed as Lawyer of the Year for personal injury litigation in Green Bay.

Ralph is active in the statewide educational community, serving on the St. Norbert College President’s Advisory Council and the Marquette University Law School Advisory Board. Additionally, his involvement in the Green Bay community has included service on the governing boards of CASA (Court Appointed Special Advocates) of Brown County and NEW Community Shelter, Oneida Golf and Country Club, and as President of the Congregation of Grace Lutheran Church. Ralph has been very active with the youth of his community having coached youth soccer, baseball, softball, and basketball. He also continues to be active as a WIAA High School Varsity football official.

Ralph was born and raised in Green Bay and is a 1974 graduate of Green Bay Preble High School and a 1978 graduate of St. Norbert College. Ralph began his legal career as a judicial intern for the Honorable John A. Decker, Wisconsin Court of Appeals Chief Judge. Following his graduation from Marquette University Law School in 1981, he became a tax attorney for a national accounting firm in Milwaukee. Subsequently, he returned to Green Bay and began his career as a civil litigation specialist.