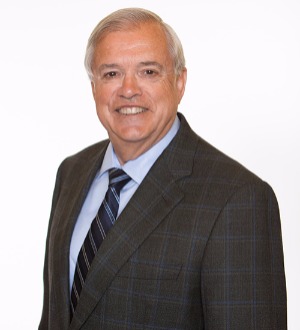 Raleigh “Lee” Greene, though born in Gainesville (the Swamp), is a 3rd generation native of St. Petersburg.  He attended UF receiving his degree in economics (1970), his J.D. (1973), was an active member of Florida Blue Key and, many years later, was selected as a “Gator Great” in 2016 by the UF alumni association.  He has been a member of the Florida Bar since 1973 and a member of the D.C. Bar since 1986.  He served as a JAG officer with the US Navy Reserve, having received a presidential commission in 1973, for several years. He was selected as one of the Outstanding Young Men of America (1983).

While consistently remaining in the legal profession in excess of the last four decades, he has had an extensive background in business and management, including having served as the President of Florida Federal Savings and Loan Association, as the Chief Operations Officer and General Counsel to the Allegheny Health System, and as the President of S.A. Insurance, LTD. Prior to establishing his own firm (Greene & Greene, LLC), he had been a partner with Greene & Mastry for several years.

Concerning community, chaired the Pinellas Sports Authority, the Florida Sports Hall of Fame, the Downtown Development Corporation (DICO), and the Catholic Education Foundation Appeal (Pinellas County). He has served as President of the St. Petersburg Bar Association, as one of three founding members of the Canakaris Inn of Court, as one of the founding members of The Tampa Bay Academy of Collaborative Professionals, and on multiple boards including the Executive Committee of the Law Center Council (UF), the Florida Chamber of Commerce, the board of St. Leo’s University, the Florida Orchestra, St. Petersburg Suncoasters, the Pinellas Marine Institute, and St. Pete Progress Inc. He was recognized by the Boy Scouts of America as a distinguished citizen in 2017. On a lobbying pro bono basis, he recently represented the St. Petersburg Chamber as part of the University of South Florida’s successful quest for the St. Petersburg Campus’s College of Business.

In addition to substantive litigation and transactional experience, he has mediated in excess of 3500 cases, in state and federal court, over the last quarter century.  He is a frequent lecturer, locally, statewide, and nationally on trial practice, negotiation, and alternative dispute resolution. He has served as a public arbitrator for the New York Stock Exchange and as an arbitrator for the Sixth Judicial Circuit (Florida).  In 2016, he presented to the 17th Annual International Academy of Collaborative Professionals, of which he is a member, in Amsterdam.  He continues to be selected by his peers for inclusion in The Best Lawyers in America and Florida Legal Elite.

Lee has three children and five grandchildren and he and his wife, Beverly, have been married for 40 years.