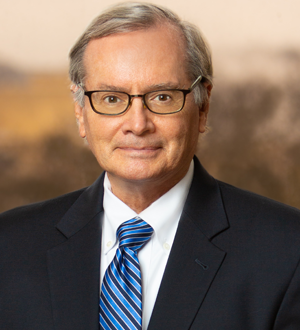 Carl Smyly was born and raised in Andalusia, Alabama. He received his undergraduate education at Birmingham-Southern College, where he was selected for membership in theOmicron Delta Kappa and Phi Beta Kappa scholastic honorary societies and was valedictorian of his graduating class in 1979. He then earned his Juris Doctor degree at the University of Virginia School of Law in 1982.

Mr. Smyly has been assigned the highest possible Peer Review Ratings for legal ability and ethical standards in the Martindale-Hubbell Legal Directory and was selected by his peers for inclusion in The Best Lawyers in America in the specialty of Construction Law. For 2015, Mr. Smyly was selected as The Best Lawyers in America "Lawyer Of The Year" in the Construction Law practice area for Birmingham, Alabama. He is a member of the Alabama Defense Lawyers Association, the Defense Research Institute, the American Bar Association’s Forum on the Construction Industry, and the Construction Litigation Committee of the American Bar Association’s Litigation Section.