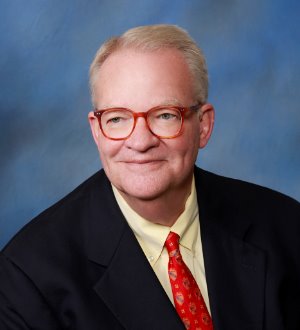 Years In Practice
Phone Number (859) 554-4038
Pierce W. Hamblin is a partner in the law firm of Landrum & Shouse, LLP in Lexington and Louisville, Kentucky.  Mr. Hamblin has also been, and continues to be, an Adjunct Professor of Law at the University Kentucky College of Law.  For the past 30 years, he has taught a course in trial work and trial tactics known as LITIGATION SKILLS to Senior Law Students at the College of Law.  He also teaches another course to Senior Law Students at the Law School known as NEGOTIATIONS.  He is an “AV” rated trial lawyer in Martidale-Hubbell, and has been so for 15 years.

In 2006, Mr. Hamblin was inducted into the University of Kentucky College of Law Hall of Fame.  In 2000, Mr. Hamblin was appointed by the Johnson Circuit Court as a Trial Commissioner or Special Master to handle mass tort litigation in this Eastern Kentucky jurisdiction.   He served in that position for several years.

Most recently, he was appointed by order of multiple Courts to serve as a Special Master Commissioner in a multiple claim litigation throughout eastern Kentucky.

He is a past member of the Board of Directors for the Kentucky Bar Foundation of the Kentucky Bar Association.  Mr. Hamblin is the Chairman for the Fayette County Bar Association Civil Litigation Section.  In this capacity, he is responsible for arranging continuing legal education training programs for civil trial attorneys in Lexington, Kentucky.

He is a recipient of the American Juris Prudence Award for both Property and Corporate Finance Law. He has been selected as a Best Lawyer for the past 10 years (2004-2014) and was recently names a 2014 Best Lawyer for Mediation in Lexington by Best Lawyers of America.

Mr. Hamblin has spent the past 32 years litigating cases.  He has tried cases throughout Central and Eastern Kentucky ranging from personal injury, wrongful death and product liability to medical/legal malpractice and municipal civil rights cases and police pursuit cases.  He has defended multiple insurance companies in Bad Faith litigation throughout the Commonwealth of Kentucky.  He has been lead trial counsel for many insurance companies in this area of Kentucky, having been so for a number of years.  He has spoken on numerous occasions to the Kentucky State Claims Association and many local Kentucky Bar Associations on the Law of Bad Faith, Trial Tactics, Opening Statements, Closing Arguments and Insurance Defense/Coverage Litigation.  He has addressed the Defense Research Institute Annual Products Liability Conference on evaluation of Injury and Death Claims.

Mr. Hamblin is a trained and certified mediator through the Mediation Center of Central Kentucky.  He has mediated over 5,000 large civil and medical malpractice cases involving multiple litigants in the past twelve years.  Mr. Hamblin was nominated and selected for the Best Lawyers in America, after an exhaustive peer-review study by lawyers in his specialties of mediation and arbitration.

Mr. Hamblin has been a mentor for every law school in the Commonwealth for students participating in the Kentucky Legal Education Opportunities (KLEO) Programs.  He has served in this program since its inception.  This program provides guidance for entering law students from underrepresented and diverse areas of the state.

He is married and has the three best looking children in the world.

What legal services does this lawyer offer?
Arbitration
Mediation
Awards