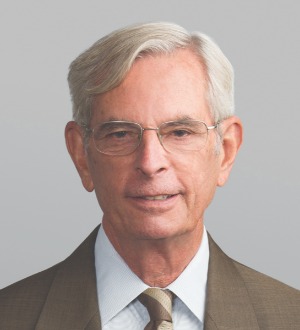 In particular, Peter helps clients when their matters require asset valuation and reconstruction of complex transactions. He also represents individuals in personal litigation relating to the division of assets.

Peter has represented debtors, creditors, and Chapter 11 trustees in adversary proceedings in the bankruptcy court and in appellate review of those determinations in district courts. Real estate litigation, including financing issues, land use disputes, and appraisal matters, also comprise part of his practice. In personal legal matters, he has assisted individuals in disputes involving substantial assets and contested estate matters that entail challenges to estate-planning documents and trusts.

Peter has appeared in federal and state courts, including bankruptcy courts, in each of the jurisdictions in which he is admitted, both in jury and non-jury trials and in appellate matters. He has also represented clients in mediations and arbitration and in proceedings outside the United States under the Hague Convention for securing testimony abroad.

Peter also has extensive experience in the criminal law area, having represented senior executives of publicly held and private corporations in federal criminal trials and in connection with securities, banking, and other financial investigations. The international dimension of this practice has included representation of executives in federal antitrust investigations involving multi-national corporations as well as representation of businessmen and women involved in transactions generating inquiries under the Foreign Corrupt Practices Act (FCPA). Peter’s commercial experience includes a wide variety of business transactions and he has facilitated the representation of executives with criminal law issues in both the domestic and international arenas. He has steered a number of executives through the shoals of federal investigations without prosecution.