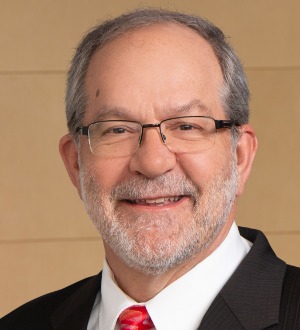 Peter M. Rosene is a shareholder in Reinhart’s Employee Benefits Practice and Taft-Hartley Group. Peter specializes in all aspects of ERISA plan compliance. He has 37 years of multiemployer benefit experience.

Peter’s practice centers on representing trustees/fiduciaries in employee benefit plan matters regulated by federal law. He offers counsel on all aspects of federal fiduciary law, including investment contracts and investment monitoring for approximately $1 billion in plan assets, all aspects of federal health care compliance, pension plan design/compliance issues and vendor contracting. Peter has represented the Retiree Representative to the Central States Pension Plan in their application to the U.S. Treasury Department under the Multiemployer Plan Reform Act. In four cases in the past, the U.S. District Court has appointed him, as an independent fiduciary on nomination by the U.S. Department of Labor, to assume the role of fiduciary for distressed or abandoned employee benefit plans under the jurisdiction of the U.S. Department of Labor.

He is also a frequent national speaker on employee benefit and fiduciary law topics, primarily with the International Foundation of Employee Benefit Plans (IFEBP).

Peter earned his J.D. from William Mitchell College of Law and his B.S. from the University of Wisconsin-Madison.