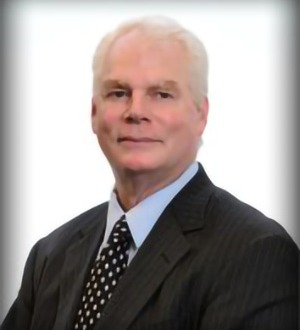 Years In Practice
Phone Number (504) 299-2100
Peter L. Hilbert, Jr. is a Member of the firm. He obtained a B.A. degree from the University of New Orleans and obtained his J.D. degree from Tulane University Law School in 1977. Mr. Hilbert was admitted to the Louisiana Bar in 1977 and is a member of the Louisiana State Bar Association, the American Bar Association, the New Orleans Bar Association, the Federal Bar Association, the Maritime Law Association of the United States (member, Committee on Marine Insurance, Sub-Committee on P&I Insurance, 1984 to present), the Southeastern Admiralty Law Institute, the Mariners Club of the Port of New Orleans, the Houston Mariners Club and the Louisiana Association of Defense Counsel.
He is an Adjunct Professor of Law, Trial Advocacy, at Tulane University School of Law and has served as an instructor for the National Institute of Trial Advocacy, Gulf Coast Region. Mr. Hilbert is admitted to practice in all Louisiana state and federal courts, the United States District Court for the Eastern District of Texas, the United States Courts of Appeals for the Fifth and Eleventh Circuits, and the United States Supreme Court. He authored "Inland Marine Leg of Intermodal Transportation, International Bar Association Meeting," October 1993; "Injuries in the Workplace in Louisiana," November, 1993; and "Bad Faith Litigation in Louisiana," March, 1995 and January, 1996.
Mr. Hilbert has been actively engaged in numerous areas of maritime law representing underwriters, marine drilling contractors, oilfield service companies, operators of oilfield supply and crew vessels, barge owners, shipyards and product manufacturers. He has served as trial counsel in major litigation concerning personal injury and death claims brought by seamen, commercial oilfield divers, longshoremen, passengers and invitees aboard vessels. He has also litigated claims for property damage, including claims arising out of loss of vessels, claims concerning breach of contract, claims concerning interpretation of insurance policies and insurance coverage's and subrogation and recovery matters. He has experience in vessel documentation, preparation of charter agreements and contracts for vessel management and towage and affreightment contracts. He has significant experience in the field of maritime products liability. He has actively litigated indemnification contracts, contractual liability, insurance coverage and the applicability of the Louisiana and Texas Oilfield Anti-Indemnification Statutes. He has served as counsel for shipyards in negotiation of vessel construction and repair contracts.
What legal services does this lawyer offer?
Admiralty and Maritime Law
Auto, Truck, Motorcycle, and Boat Accidents and Injuries
Commercial Litigation
Litigation - Construction
Litigation - Environmental
Marine Insurance
Personal Injury Litigation - Defendants
Personal Injury Litigation - Plaintiffs
Awards