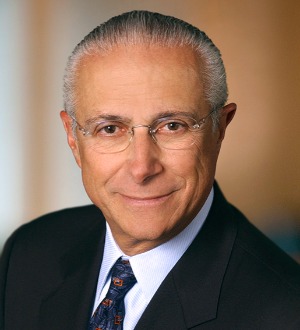 Peter Allan Atkins is an internationally recognized leading attorney involved in the firm’s corporate and securities practice areas, with extensive experience in the mergers and acquisitions, and corporate governance fields. He has represented acquirors (both U.S. and non-U.S.), targets and investment banks in a large number of mergers, acquisitions, takeovers (negotiated and contested), leveraged buyouts, spin-offs and joint ventures. He also counsels clients on a broad range of corporate, securities and business-related matters, including directors’ duties and responsibilities and other aspects of corporate governance, disclosure issues, corporate compliance matters and internal investigations. This advice often is provided to boards, independent directors and special committees of directors in crisis situations and where the satisfaction of their fiduciary duties is subject to particular scrutiny.

Corporate Governance: Mr. Atkins’ corporate governance-related experience includes advising boards of directors and board committees regarding the changing corporate governance environment and regarding current and prospective governance requirements and attitudes (including under Sarbanes-Oxley, SEC rules, NYSE/NASDAQ rules and state law).

Representative corporate governance situations involving crises or the prospect of particular scrutiny regarding whether directors satisfied their fiduciary duties include:

Firm Role; Professional Activities: Mr. Atkins is involved in the firm’s senior management, including as a member of the firm’s Policy Committee. He writes and lectures on corporate and securities topics, including mergers and acquisitions and corporate governance.

Leading Lawyer Recognition: Mr. Atkins repeatedly has been recognized as a “leading lawyer” in the M&A and corporate governance fields by, among others,Chambers Global (Star Individual); Chambers USA (Band 1); The International Who’s Who of Corporate Governance Lawyers; The Legal 500 U.S.; IFLR1000; and The Best Lawyers in America. He also was named Best Lawyers’ “2013 New York City Mergers & Acquisitions Lawyer of the Year.”