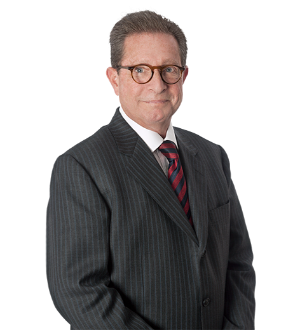 Paul T. Fox focuses his practice in commercial litigation for more than 30 years. He regularly represents litigants in federal and state courts at both the trial and appellate level, as well as before arbitration panels, mediators and other alternative dispute resolution forums. An experienced trial lawyer, Paul typically tries cases every year. He has been a member of the Trial Bar for the United States District Court in Chicago for the past 20 years. He also teaches trial advocacy at Northwestern University School of Law and at the National Institute for Trial Advocacy (NITA).

Paul has experience in a wide variety of commercial litigation. He has represented financial institutions and other entities in defending class actions arising under the Truth-in-Lending Act (TILA), the Fair Credit Reporting Act (FCRA), the Fair and Accurate Credit Transactions Act (FACTA), the Real Estate Settlement Practices Act (RESPA), the Worker Adjustment and Retraining Act (WARN), the Age Discrimination in Employment Act (ADEA), Securities Act Section 10(b)(5) and under state statutory fraud theories in Illinois, Texas, Alabama, California, Maryland, Nevada and elsewhere. He has also defended numerous lender liability and employment discrimination claims. He focuses much of his practice on traditional business disputes involving partnerships, joint ventures, closely held companies and publicly traded companies. These disputes arise out of a wide variety of transactions, including real estate developments, mergers and acquisitions, post-closing adjustment disputes and traditional contract disputes. Paul has also handled many cases involving disputes over negotiable instruments, electronic fund transfers and letters of credit. He has handled cases at the trial and appellate level involving issues arising under virtually every article of the Uniform Commercial Code, as well as more general contract and corporate matters. He is a frequent lecturer on topics including check fraud, class actions, employment discrimination and trial techniques.

Paul was one of the two founding shareholders of the firm's Chicago office, and has been instrumental in the expansion of the office. Since opening in 1999, the Chicago office has grown from three lawyers to the substantial presence in the Chicago legal community it is today.