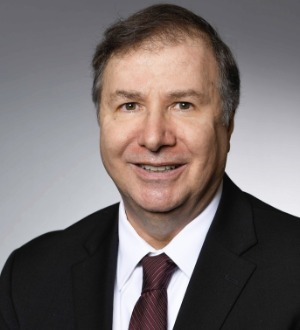 Phone Number (312) 346-6392
A well known and highly respected Chicago attorney, Paul L. Feinstein has practiced matrimonial and appellate law since 1980, having obtained his JD degree from Emory University (a "Top 30" Law School)  in Atlanta, Georgia. He became a fellow of the prestigious American Academy of Matrimonial Lawyers in 1991. He was admitted to the Appellate Lawyers Association in 2010. He is licensed to practice in Illinois and Georgia, as well as the United States Supreme Court. He has written about numerous matrimonial law subjects and was on the board of editors of the Matrimonial Strategist, a national publication, from 1995 to 2018. He has also lectured before several groups on many family law topics. He devotes a great deal of his practice to appellate and constitutional law and in 1993 was successful in overturning Illinois' automatic asset freeze law in the Supreme Court of Illinois. In 2004, he was successful in having the Supreme Court of Illinois declare the Illinois Child Representative Statute unconstitutional. He returned to the Supreme Court of Illinois in 2012 and was again successful, this time overturning an Appellate Court ruling concerning the definition of income for purposes of child support cases. He handles all litigation aspects of family law issues, including divorce, custody, domestic violence, premarital agreements, and parentage. He also is often called upon to consult in cases which may be going to trial.

While he practices primarily in Chicago, he has handled matters throughout Illinois. He has received Martindale-Hubbell Law Directory's highest attorney rating, "AV." Many of his cases involve complex procedural and substantive matters, and involve high-profile people. He routinely fields many calls from lawyers, who request his opinion on legal matters of first impression, and those who simply wish to know "what the law is" on a particular issue. Legislators and bar associations consult with Mr. Feinstein to obtain his opinions concerning proposed legislation. Paul Feinstein is on the Circuit Court of Cook County Domestic Relations Division's list of court-approved mediators for both financially related issues and custody related issues. He is also court-approved to be appointed as child representative, guardian ad litem and attorney for children in contested custody, removal  and visitation disputes. Paul Feinstein is also trained in Collaborative Divorce and is a Fellow of the Collaborative Law Institute of Illinois and a member of the International Academy of Collaborative Professionals.