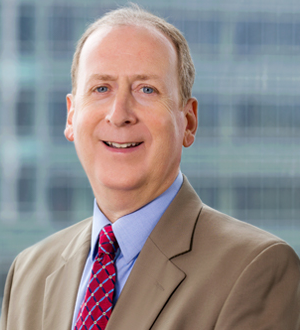 Paul Guarisco practices in the areas of administrative law, business and finance, telecommunications, energy and utilities, and regulatory and governmental matters. He practices primarily before the Louisiana Public Service Commission, representing telecommunications and pipeline carriers, and electric, gas, sewer and water public utilities in all aspects of regulation, including certification, compliance, tariffs, litigation, hearings, audits, rate cases, rulemakings, dispute resolution/mediation, arbitration, mergers and acquisitions, changes of control and financing. He is a former staff attorney with the LPSC.

Paul has also represented telecommunications carriers before the FCC and was instrumental in developing, implementing and successfully defending the Louisiana State Universal Service Fund (see, Voicestream GSM I Operating Co., LLC v. LPSC, 943 So.2d 349 (La. 2006)). He drafted the original LPSC regulations implementing the 1996 Telecommunications Act, and has successfully petitioned the LPSC to update and amend the regulations many times since then. Paul is general counsel to the Louisiana Telecommunications Association. He has served as counsel to communications companies concerning all aspects of their operations, including broadband deployment, contract drafting and negotiation, municipal/parish franchise and right-of-way agreements, interconnection (cable, landline, wireless, IP and VoIP), Ethernet, pole attachment, agency, independent contractor, non-solicit and non-compete, and end-user agreements, regulatory compliance and litigation, including intercarrier compensation and billing disputes.

He has represented natural gas and oil pipeline carriers before the Louisiana Public Service Commission and Department of Natural Resources, Office of Conservation, Pipeline Division, concerning purchase and sale of pipeline systems, tariffs, and authorization to acquire and operate, construct and abandon pipeline facilities.

Paul also has experience representing clients in commercial transactions and commercial and civil litigation before state and federal courts.