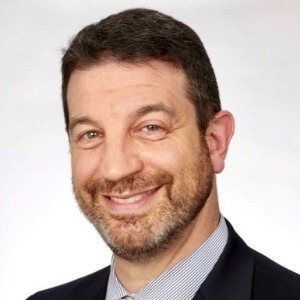 Paul Sarkozi is Chair of Tannenbaum Helpern's Litigation and Dispute Resolution practice and a member of the firm’s Management Committee. Recognized by Super Lawyers in the New York Times since 2012 as one of the Top 100 Lawyers in the New York Metro area, Paul is a savvy litigator and negotiator who focuses on results for his clients. Equally adept in federal and state court, Paul has nonetheless developed a particularly strong reputation in New York's Commercial Division, the branch of the NY Court system that handles complex business disputes.

Paul is regularly selected by his peers and the judiciary to serve in leadership positions involving commercial litigation in New York. Chief Judge Jonathan Lippman selected Paul to serve on the Statewide Commercial Division Advisory Council. Chief Judge Janet DiFiore appointed Paul to her Statewide Alternative Dispute Resolution Advisory Committee, for which he serves as Chair of the Commercial Subcommittee. Paul also recently served as Chair of the State Bar's Commercial and Federal Litigation Section, which regularly addresses critical issue affecting business litigation in both NY State and Federal courts.

Paul has recently been called upon to advise and represent companies pursuing and protecting investments in the evolving cannabis and CBD oil industries. To that end, Paul serves as a member of the NYSBA Cannabis Law Committee.

Finally, Paul is an experienced, smart and effective negotiator. His knowledge and skill in this area have been recognized by Columbia Law School, where he has been appointed a Lecturer-in-Law to teach a Negotiation seminar. Paul also serves on the roster of mediators for the Commercial Division in New York County.