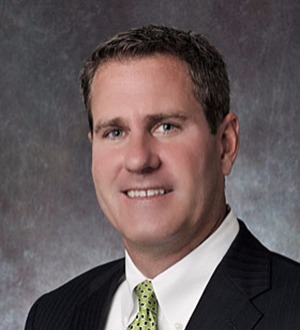 Paul O’Connor is an accomplished partner in the firm of O’Connor, Parsons, Lane & Noble, LLC. Mr. O’Connor is known for his many highly visible successes in plaintiff medical malpractice cases and the realm of plaintiff personal injury law. A proven expert with vast knowledge in medical malpractice matters, Mr. O’Connor has represented plaintiffs in cases across the spectrum, from negligence-caused birth related injuries to wrongful death. His commitment is to secure the best possible result as he advocates for those who cannot advocate for themselves.

As reported in The New Jersey Law Journal, Mr. O’Connor was co-counsel on the largest wrongful birth case in New Jersey’s history, which resulted in a verdict of $28 million. He also landed a verdict of $10.5 million on a case with a failure to diagnose skin cancer. Further, he won a $4.65 million settlement for a child suffering from cerebral palsy. Both The Star Ledger and The New Jersey Herald also reported on Mr. O’Connor’s $7 million verdict involving a failure to diagnose liver cancer, which resulted in the wrongful death of a 63 year old man. And while many of his cases are in the state of New Jersey, Mr. O’Connor is well known for his legal results around the country. Among them, an $8 million settlement for his client in Alabama. He represented the plaintiff in a case against a prenatal testing facility which failed to disclose the serious genetic defect of Thalassemia Major in an unborn infant, resulting in a catastrophic outcome for the family.

In the Spring of 2015, Mr. O’Connor added to his long list of achievements becoming a Fellow of the American College of Trial Lawyers, one of the most prominent legal associations in the country. By invitation only, the membership is extended to the finest attorneys in the United States and Canada after a minimum of 15 years’ trial experience, and only to trial lawyers who have both “mastered the art of advocacy” and demonstrated professional careers with the “highest standards of ethical conduct, professionalism, civility and collegiality.” Of note, Fellowship in the College cannot exceed one percent of the lawyer population in any state or province.

In addition, Mr. O’Connor has been listed in New Jersey Magazine as both a Rising Star and a Super Lawyer every year from 2006 to the present. Mr. O’Connor has been named to New Jersey’s Ten Leaders in Civil Trial and Personal Injury Law 45 years and under. He is listed in Best Lawyers of America for his plaintiff’s personal injury litigation practice, including being named as the 2018 Newark Personal Injury Attorney of the year.  In addition, he is president of the Trial Attorneys of New Jersey (TANJ), an organization that is dedicated to promoting the litigation interests of the public, the bench and the bar. The organization seeks to preserve New Jersey’s legal system and ensure that, once inside a courtroom, a citizen will get a fair trial. He is also a member of the American Board of Trial Advocates, Northern New Jersey Chapter (ABOTA).

Mr. O’Connor is certified by the New Jersey Supreme Court as a Civil Trial Attorney and has the highest rating possible in Martindale-Hubbell with an AV rating. He believes in giving back, and in that spirit is a frequent faculty member for continuing legal education programs, including ABOTA Trial College at Harvard Law School, ABOTA Trial College at Princeton University, ABOTA Masters in Trial and The American College Trial Institute.

Mr. O’Connor received his Bachelor of Arts degree from Denizon University in 1989 and his Juris Doctorate degree from Whittier Law School in 1993.