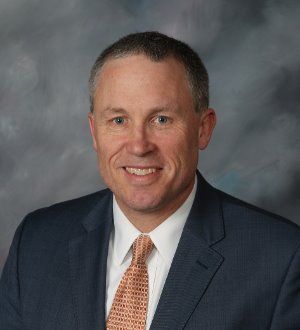 Pat Martin is an experienced employment lawyer. He has successfully defended employers by obtaining dismissals, summary judgments, defense verdicts, decertification, and other favorable results in lawsuits involving Title VII, the Minnesota Human Rights Act (MHRA), the Age Discrimination in Employment Act (ADEA), WARN, the Americans with Disabilities Act (ADA), Sarbanes-Oxley, the Fair Labor Standards Act (FLSA), the Family Medical Leave Act (FMLA), Minnesota Chapter 181, discrimination, harassment, and whistleblowing. Further, he defended and prosecuted several commercial, non-competition, and trade secret lawsuits. Although Pat focuses his practice on defending employers in the state and federal courts of Minnesota and Iowa, he also provides employment counseling, including on RIF and WARN issues. Pat is admitted to practice in the state and federal courts of Minnesota and Iowa, as well as the Eighth Circuit.

Pat has been recognized as a “Super Lawyer” in Employment Litigation for more than 10 years and as a “Top 40 Employment Super Lawyer” for Minnesota for several years. Further, he has repeatedly been named a "Top 100" Minnesota Super Lawyer for all practice areas, according to Twin Cities Business and Mpls. - St. Paul Magazine. Pat is also AV Rated by Martindale Hubbell and is listed in Chambers and Partners.

Pat has served as the President for the Minnesota Chapter of the Federal Bar Association, the second largest FBA chapter in the United States. With almost 900 members, the FBA Minnesota Chapter runs several award-winning programs that enhance the practice of law in federal courts. He also serves as a youth hockey coach for the Roseville Area Youth Hockey Association (2004-2015), and is the current Bantam AA Coach.

Before entering private practice, Pat clerked for the Honorable Thomas J. Kalitowski on the Minnesota Court of Appeals. While at the University of Minnesota Law School, Pat actively participated in Trial Practice, National Moot Court, Civil Clinic, and the American Indian Law Student Association. Before law school – while attending Mankato State (now Minnesota State Mankato) – Pat played college hockey on the 1991 Mavericks team that finished second in the NCAA tournament for Division II and III hockey, and the 1990 team that made it to the Final Four. His teammates voted him the “Best Hustle Award” winner for three of four years.