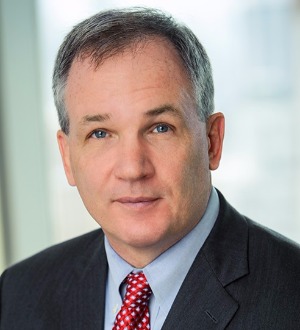 Prior to joining Skadden in 2012, Mr. Fitzgerald most recently served as the U.S. Attorney for the Northern District of Illinois. Appointed in 2001 by President George W. Bush, he was the longest-serving U.S. Attorney ever in Chicago. In this capacity, he led numerous high-profile investigations and prosecutions, including the convictions on corruption charges of two successive governors of Illinois — George Ryan and Rod Blagojevich — and the fraud conviction of media figure Conrad Black. As a special counsel, Mr. Fitzgerald was selected to lead the investigation of leaks in the Valerie Plame matter and tried the case of United States v. Lewis “Scooter” Libby. During his tenure, the U.S. Attorney’s office prosecuted significant fraud, civil rights, organized crime, narcotics and national security cases. Mr. Fitzgerald also was involved in a number of nationwide initiatives, including the President’s Corporate Fraud Task Force and the Attorney General’s Advisory Committee.

From 1988 to 2001, Mr. Fitzgerald was an Assistant U.S. Attorney in the Southern District of New York. He served as lead counsel in the investigation, prosecution and seven-month trial of United States v. Usama bin Laden, et al., in which multiple defendants were charged with and convicted of conspiracy to murder U.S. nationals overseas and the 1998 bombings of the U.S. embassies in Kenya and Tanzania. He also participated in the nine-month trial of United States v. Omar Abdel Rahman, the prosecution of a conspiracy to attack the United States that involved the 1993 World Trade Center bombing. In 1995, Mr. Fitzgerald co-founded the Southern District’s Organized Crime-Terrorism Unit, investigating terrorist groups and facilitating coordination between the law enforcement and the intelligence communities. He also handled numerous drug trafficking cases and organized crime cases, including the six-month trial of United States v. John Gambino.

Mr. Fitzgerald is a fellow of the American College of Trial Lawyers. In 2013, he became the inaugural Steven Feirson Distinguished Lecturer at the University of Chicago Law School. In 2013, he also was appointed by Illinois Gov. Pat Quinn to serve on the 15-member Northeastern Illinois Public Transit Task Force, an independent panel of leaders who will issue recommendations to reform the mass transit system in northeastern Illinois.

Mr. Fitzgerald has received numerous awards and recognition during his more than 20 years in public service, including the Justice John Paul Stevens Award from the Chicago Bar Association (2011); the Cox, Coleman, Richardson Award for Distinguished Public Service from Harvard Law School (2007); the Attorney General’s Award for Distinguished Service (2002); the Stimson Medal from the Association of the Bar of the City of New York (1997); and the Attorney General’s Award for Exceptional Service (1996). He also was named one of “The 100 Most Influential Lawyers in America” (2013) and “Lawyer of the Year” (2005) by The National Law Journal. Mr. Fitzgerald was selected for inclusion in Chambers USA: America’s Leading Lawyers for Business 2013 and 2014, and The Best Lawyers in America 2014.

Prior to joining the U.S. Department of Justice, Mr. Fitzgerald was in private practice in New York.