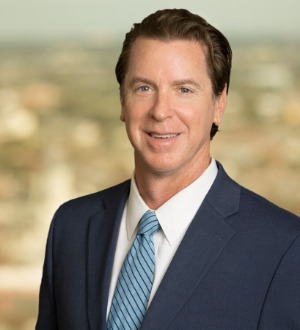 Mr. Shelby also represents clients in all aspects of oil and gas litigation including the Louisiana Oil Well Lien Act (LOWLA), master service agreements, permitting, adjudication, lease renewals, work orders, and decommissioning offshore projects. Most recently, he represented a Chapter 11 trustee in negotiating and crafting a unique agreement with the debtor, Bureau of Ocean Energy Management (BOEM) and the Bureau of Safety and Environmental Enforcement (BSEE) to address issues on funding shortfalls and the debtor’s inability to meet federal regulations.

Mr. Shelby has also served as counsel in all areas of trial preparation including motion practice, discovery, depositions, mediations, mock trials, expert submissions and challenges, motions in limine and pre-trial planning. He has appeared before all federal and bankruptcy courts in Louisiana, and argued before the United States Court of Appeals for the Fifth Circuit in 2012.

Prior to practicing law, Mr. Shelby worked for 15 years as an engineer and technical sales representative for the largest producer of crushed aggregates in the United States. In 2008, he earned his J.D., summa cum laude, from Loyola University where he was a member of Loyola Law Review. In 2007, he was honored with the American Bankruptcy Institute’s Medal of Excellence in Bankruptcy. He actively volunteers with the New Orleans Pro Bono Project receiving the Century Award for pro bono representation in 2011 and named to 2015 Honor Roll. In 2014, Mr. Shelby was chosen to receive the Leadership in Law medal from the New Orleans’ CityBusiness magazine in recognition of his commitment to pro bono clients. Mr. Shelby frequently speaks in front of various organizations and professional associations on topics related to bankruptcy and oil and gas, most notably as a recent presenter for the 61st Mineral Law Institute.