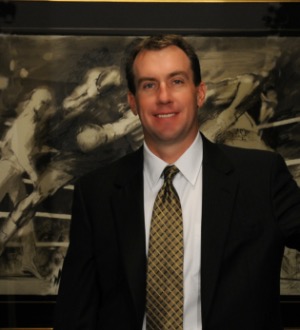 Brad Altman is an AV (Preeminent) rated attorney by Martindale-Hubbell and has been practicing law for more than 23 years. He has devoted his career to representing clients who have undergone serious injuries and death caused by the actions of other persons or corporations. Through tenacious preparation, commitment to his clients, commitment to the details, and zealous advocacy in the courtroom, Mr. Altman has recovered millions of dollars for his clients through settlements and verdicts.

Brad has several million-dollar and multi-million dollar recoveries for his clients.

Brad is a Fellow of the Texas Bar Foundation. Election to the Fellows is one of the highest honors that can be bestowed upon a member of the State Bar of Texas. A nomination is based on outstanding contributions to the legal profession as well as a commitment to the community. Each year, only 1/3 of 1% of Texas Attorneys are invited to become Fellows of the Texas Bar Foundation.

Brad is also listed as one of the "Best Lawyers in America" in Personal Injury Litigation-Plaintiffs by Woodward/Wright, Inc. He was chosen based on a rigorous peer-review survey comprising more than 7.3 million confidential evaluations by top attorneys.

A graduate of Baylor University, Brad is an avid Bears fan. Following graduation, he completed law school in Houston at South Texas College of Law before coming to Altman Legal Group in 1996.Brad and his wife, SueAnn, have two children, Brooke and John William.  While at Baylor, he was a member of the Baylor University Men's Tennis team and numerous organizations. Brad enjoys time with his family and continues his athletic and competitive spirit through his tennis, road biking, mountain biking, running and many other competitive sports. He also enjoys scuba diving, snow/water skiing. Brad is also a private pilot and holds an instrument rating.