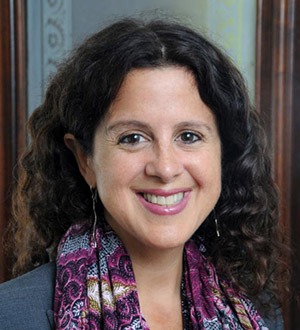 Nina Pirrotti represents individuals in employment and civil rights litigation and negotiation. A member of the Executive Board of the National Employment Lawyers Association (NELA); Vice Chair of the American Bar Association Labor and Employment Law Section’s Trial Advocacy Competition Committee; a Co-Chair of the Employee Privacy subcommittee of the American Bar Association’s Employment Rights and Responsibilities Committee; a Fellow of the American Bar Foundation (ABF); and a past president of the Connecticut Employment Lawyers Association (CELA), she is well versed in all aspects of employment law, including discrimination (on the basis of race, sex, age, disability, sexual orientation, religious creed, marital status, pregnancy, or national origin), sexual harassment, wrongful termination, retaliation, contract disputes (including those involving restrictive covenant agreements), FMLA and related leave of absence issues, unpaid wages, severance agreements, and whistleblower claims.

Nina also advocates on behalf of students and faculty. She has guided numerous students through their universities’ internal disciplinary procedures and has advised faculty members who have been targets of internal investigations. Nina has also litigated on behalf of students seeking to discharge their rights under Title IX, which prohibits gender discrimination and sexual harassment in educational institutions that receive federal funding.

Nina has received many honors for her advocacy on behalf of employees.  She was named by Best Lawyers of America as its 2020 “Lawyer of the Year” for Employment Law- Individuals in New Haven, Connecticut.  As one of the oldest and most respected peer review publications in the legal profession, Best Lawyers of America selects the top one percent of lawyers in the United States each year to be recognized in its rankings.  While Nina has been selected for inclusion in Best Lawyers of America in previous years,  her selection as “Lawyer of the Year” for 2020 is due to the extremely high feedback Best Lawyers received from her peers and is a singular honor.  Nina was also selected as a 2014 Top 50 Connecticut Super Lawyer, placing her among the Top 50 lawyers in the state. She was also selected as a Top 25 Connecticut Woman Super Lawyer and a Top 50 New England Woman Super Lawyer. She has also been selected for inclusion in the Best Lawyers in America.  In 2010, Nina was named by the Connecticut Law Tribune as one of its Women in the Law – High Achievers.

Even before Nina decided to represent employees, students, and faculty, she had already devoted almost 15 years to civil rights and public service. At the Queens County District Attorney’s Office, she was appointed to the Career Criminal Major Crimes Bureau, prosecuting homicides, bank robberies, kidnappings, and pattern crimes. And as an Assistant Corporation Counsel at the Law Department for the City of New York, she received the Association of the Bar of the City of New York’s Municipal Affairs Award for outstanding achievement.

Nina is an experienced trial advocate, having served as lead counsel in approximately 25 jury trials and 50 bench trials. She taught Trial Advocacy at the New York Prosecutor’s Training Institute, the Queens County District Attorney’s Office, and the New York City Law Department, and trial practice at Quinnipiac Law School as an adjunct professor.

Nina served as president of the CELA for approximately a decade and as a Co-Chair of the National Employment Lawyers Association (NELA) Affiliate Relations Committee, as well as its Second Circuit representative for several years. She has also served as a Track Coordinator for the American Bar Association’s 6th and 7th Annual Section Conferences and as a liaison for the ABA Section of Labor & Employment Law’s Diversity in the Legal Profession Committee. She routinely lectures nationally on employment related topics.

In 2015, Nina was appointed by the Chief Judge of the U.S. District Court for the District of Connecticut to serve as a member of the Local Civil Rules Advisory Committee, which advises the Court concerning the rules for civil litigation.

Nina received her undergraduate degree from Wesleyan University, where she majored in Theater. She received her law degree from Yale Law School, where she was a member of the Journal of Law and Feminism and participated in the Barrister’s Union, a competitive mock trial organization. Nina began her legal career as an associate at commercial litigation firms and devoted significant time to pro bono matters, including employment discrimination and First Amendment/whistleblower cases.