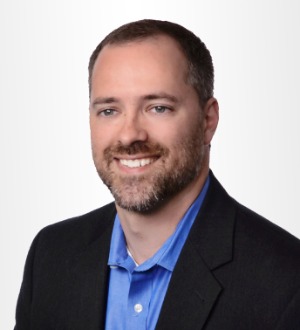 Mr. Dishman has garnered the accolades of his peers for his work in advising and defending employers. He was named to the 2013 and 2014 Best Lawyers in America lists, and he has been named to the annual list of “Rising Stars” by Super Lawyers magazine, a distinction accorded to no more than 2.5% of Illinois lawyers, in every year from 2009 to the present. He also won second place in the Lincoln Award Contest, a legal-writing contest sponsored by the Young Lawyers Division of the Illinois State Bar Association. His winning entry, Deadline Extensions in Federal Court: The Procrastinator’s Guide, was published in the Illinois Bar Journal.

In addition to his published works, Mr. Dishman is committed to educating the human-resources community on key issues in employment law. To that end, he is a frequent speaker on employment-law topics, having given over twenty seminars to various business groups in just the last two years. Mr. Dishman has also served as a guest lecturer at Wheaton College and Oakton Community College, and he was interviewed on WDCB Public Radio (90.9 FM) about trends in wage-hour litigation.

Mr. Dishman is a member of DRI – The Voice of the Defense Bar, where he is active in the Employment Law Committee. He resides with his wife and two daughters in Glen Ellyn, Illinois, where he is an active member of the community, including his recent service on the boards of directors of both the Human Resources Association of Greater Oak Brook, as Legislative Director, and the Glen Ellyn Economic Development Corporation, as President. Outside of the law and his family, his passions are playing basketball and taking backpacking trips through our national forests.
What legal services does this lawyer offer?
Employment Law - Management
Awards
Education
Graduated
Hanover College, BA
Graduated 2000
Contact Details and Office Locations
Office: (312) 787-4949
150 North Michigan Avenue, Suite 2500
Chicago, Illinois 60601
Chicago, Illinois 60601
See Location