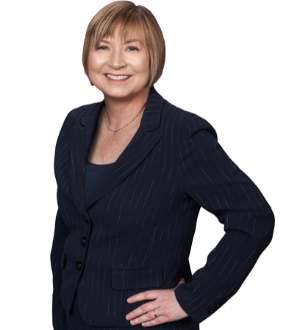 Nancy L. Stagg is a partner with Foley & Lardner LLP and vice chair of the Litigation Department for the San Diego office. Her practice emphasizes the defense of consumer class actions, unfair competition and false advertising litigation, as well as a wide variety of business and intellectual property litigation, including trade secret litigation. Ms. Stagg also has a background in product liability litigation. She has represented numerous publicly-held and private companies in nationwide and California class actions as well as in FTC, Attorney General and District Attorney investigations and actions. Her clients have included biopharmaceutical companies, consumer electronics manufacturers, product merchandisers, magazine marketers, automobile warranty companies, banks, credit card companies, and telecommunications providers. In addition to her trial and appellate experience, Ms. Stagg also has significant background in addressing e-discovery issues, in handling arbitrations and mediations, and in litigation-avoidance strategies.

Ms. Stagg, voted by peer-review, is listed in The Best Lawyers in America® in the area of Commercial Litigation (2008 – present). She was also recognized by the Legal 500 for her work in the area of media, technology and telecoms – data and privacy in 2013. She is listed in the 2007 – 2014 editions of San Diego Super Lawyers® and in 2009, she was listed as one of the Top 25 Female San Diego Super Lawyers. She was also listed in The Legal 500 US IPand The Legal 500 US Litigation in the area of Trade Secrets Advice and Litigation (2007 edition). In 2006, Ms. Stagg was named as one of San Diego's "Top Ten" attorneys by the San Diego Daily Transcript. In addition, she has been Peer Review Rated as BV® Distinguished™, a mark of excellence in Martindale-Hubbell's peer review rating system.

Prior to joining Foley, Ms. Stagg was a principal with Fish & Richardson where she was chair of its Diversity Initiative.

Ms. Stagg has been recognized for her contributions to the law as a finalist for the Mentor of the Year, Stevie Awards for Women in Business (2008); honoree of the San Diego Business Journal’s Women Who Mean Business (2008); honoree of the San Diego YWCA Tribute to Women & Industry (2007); and as a recipient of the Manuel Wiley Pro Bono Award for the State Bar of California (1997).