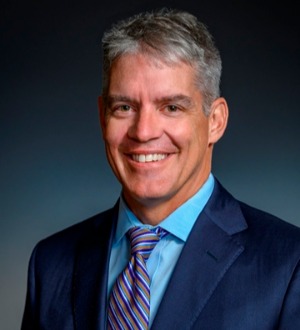 Morry S. Cole handles complex litigation. He has served as lead trial and appellate counsel in a wide variety of complicated cases in state and federal courts throughout Missouri and the Midwest.

Mr. Cole is a 2016 recipient of The Missouri Bar’s President’s Award.  In 2003, he received The Missouri Bar Foundation’s Lon O. Hocker Award for “outstanding expression to the qualities of professional competence, industry, integrity and courtesy indicative of an able trial lawyer.” In 2005, he was given The Missouri Bar Foundation’s David J. Dixon Appellate Advocacy Award for “outstanding achievement in appellate practice.” Mr. Cole was also named the 2006 recipient of the St. Louis County Bar Association’s Roy F. Essen Outstanding Young Lawyer Award. The annual award is given for excellence as a lawyer, distinguished service to the Bar, and outstanding service to the community. Mr. Cole is the only attorney ever to receive all three of these prestigious awards. Mr. Cole was also named a “2007 Up & Coming Lawyer” by Missouri Lawyers Weekly.

Mr. Cole is listed in The Best Lawyers in America® for Aviation Law and Personal Injury Litigation – Plaintiffs. He has an AV Peer Review Rating from Martindale-Hubbell Law Directory, which is the highest given.

Mr. Cole has been annually selected to Missouri & Kansas Super Lawyers [among the top 5 percent of lawyers in Missouri and Kansas] since 2008, in the area of Personal Injury Plaintiff-General Litigation. He was also cited as a Top 50 St. Louis attorney and a Top 100 attorney in Missouri and Kansas by the same publication. Mr. Cole is an active instrument-rated pilot with ratings for land and sea airplanes.