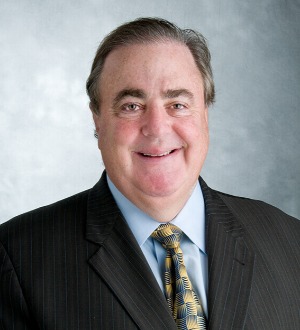 Recognized by Best Lawyers® since 2021.
401 West A Street, Suite 2600 San Diego, California 92101
(619) 236-1551
|
Firm: Higgs Fletcher & Mack LLP
|  Website
Edit Profile
Edit Your Profile
To edit your Lawyer Directory information, please login to your
Best Lawyers® Admin Account.
If you have any questions or need assistance, please contact us at info@bestlawyers.com or 803.648.0300.
Overview
Firm

Mr. Dubick’s years of experience and cost-effective solutions have made him the choice of clients, accountants, and other lawyers to handle their tax disputes, including audits, overdue returns, offshore accounts, appeals, collection matters (including liens and levies), installment agreements and Offers in Compromise.

Originally from Cleveland, Ohio, Mr. Dubick began his legal career with the Department of Justice in Washington, D.C., handling civil and criminal cases throughout the United States. Since coming to San Diego in 1981, he has handled a wide variety of corporate, partnership, and individual business and tax litigation matters, as well as serving as an expert witness.

Mr. Dubick is a past Chair of the Taxation Section of the San Diego County Bar Association and served for several years as the attorney representative on the IRS District Director’s Tax Practitioner Panel. He is a frequent speaker before tax professionals in the areas of tax disputes and litigation and received the highest rating (AV) from Martindale-Hubbell for ethics and legal ability. He has also been named to the list of Southern California Super Lawyers® several times.

In addition to professional commitments, Mr. Dubick has served on many charitable boards and organizations. He has served as Chairman of the Board of Trustees of the Seacrest Village, San Diego Senior Community Centers, Second Chance, and the San Diego Museum of Us, and as a National Commissioner and National Executive Committee Member of the Anti-Defamation League (ADL). Recognized for his commitment, he received the ADL’s first National Young Leadership Award. He is also a member of the Board of Directors of Interfaith Community Services.