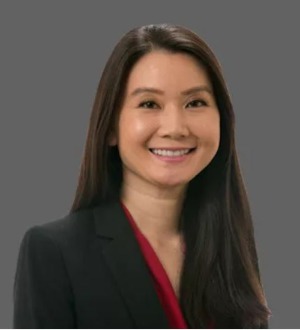 Michi is an associate in the Litigation Department of Cades Schutte. She works on a wide variety of complex commercial and real estate litigation matters.

Michi’s practice focuses primarily on commercial, business, and real estate litigation. She has a wide-range of experience in all aspects of litigation, including motions practice, discovery, and jury trial. In recent years, she worked on a trial team that secured a complete defense verdict in a four-week jury trial in federal district court.

Michi is currently the President of Hawai‘i Women Lawyers, a non-profit organization committed to improving the lives and careers of women in the legal profession and enhancing the status of women and promoting equal opportunities for all people. Michi has served on the board of Hawai‘i Women Lawyers since 2017. Michi also serves as an Oahu director on the board of the Hawai‘i State Bar Association’s Young Lawyer’s Division.

Michi was selected to be a fellow in the Hawai‘i State Bar Association’s 2017 Leadership Institute. She has also trained in trial practice through the U.S. District Court of Hawai‘i’s Federal Trial Academy.

Prior to joining Cades Schutte, Michi served as a law clerk to Associate Justice Richard W. Pollack of the Hawai‘i Supreme Court.  Michi received her law degree, summa cum laude, from the William S. Richardson School of Law. As a law student, she was the Outside Articles Editor on the Law Review and a member of the Philip C. Jessup International Law moot court team, which advanced to the international rounds. She also served as a judicial extern to Associate Justice Simeon R. Acoba, Jr. of the Hawai‘i Supreme Court. During law school she received the CALI Excellence for the Future Awards in Civil Procedure I, Evidence, Federal Courts, Legal Practice II, Race, Culture & Law, and Health Law, as well as the Michael P. Porter Dean’s Scholastic Award. Prior to law school, Michi obtained her Bachelor of Science in Foreign Service from Georgetown University.