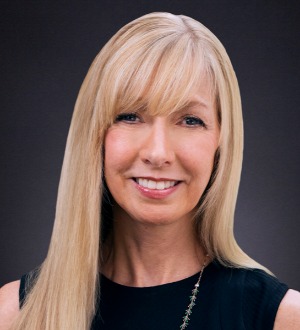 Recognized by Best Lawyers® since 2013.
600 Third Avenue Kingston, Pennsylvania 18704
(800) 760-1529
|
Firm: Hourigan, Kluger & Quinn, PC
|  Website
Edit Profile
Edit Your Profile
To edit your Lawyer Directory information, please login to your
Best Lawyers® Admin Account.
If you have any questions or need assistance, please contact us at info@bestlawyers.com or 803.648.0300.
Overview
Firm

Attorney Quinn graduated Phi Beta Kappa from Dickinson College with a bachelor's degree in political science in 1991. She received her law degree from Villanova University Law School in 1994. While in law school, she was a member of the Moot Court Team and was a semifinalist in the school's client counseling competition.

She served as co-counsel in many of the cases reported in the Verdicts and Settlements section of this website, including the Insalaco, Kapacs, Shukraft, Thornton, Yaglowski, Marinello, Elmy, Bryk, Burton, Shea, Kush, Shepherd, Burkhart, Evanish, Bobbett, Dretzel, Davis and Kuchwara cases. She also has served as lead and/or co-counsel in numerous other cases, which have resulted in confidential settlements. She is a member of the Million Dollar Advocates Forum, whose membership is restricted to lawyers who have served as lead counsel in obtaining a seven-figure settlement or verdict.

In September 2005, she was named a Lawyer on the Fast Track by The Legal Intelligencer and The Pennsylvania Law Weekly. She also received the Northeastern Pennsylvania Trial Lawyers Association's first annual Lawrence W. Roth Award "in recognition of her outstanding commitment to , her compassion for clients and exemplary character." She has been named a Pennsylvania Super Lawyer and has been recognized by the National Trial Lawyers as a Top 100 Trial Lawyer for 2011, 2012, 2013 and 2014. She has also been included in Woodward-White's edition of "The Best Lawyers in America," and has been named by the American Society of Legal Advocates as a Top 100 Litigation Lawyer in the state of Pennsylvania for 2013, 2014 and 2015.