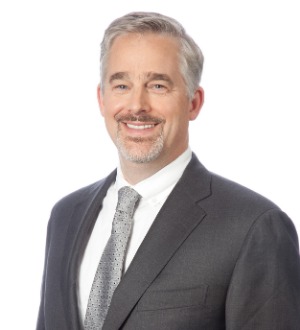 One of the Nation’s Premier Consumer Protection Attorneys

As the chair of Lieff Cabraser’s Consumer Protection practice group for the past sixteen years and chair of the firm’s Cybersecurity & Data Privacy group since its inception in 2016, Michael W. Sobol leads novel and challenging consumer protection class action lawsuits of first impression. Within the last few years, Michael’s cases have recovered over one billion dollars and have reformed the business practices for the benefit of tens of millions consumers nationwide. In late 2017, the National Law Journal named Michael a “Cybersecurity & Data Privacy Trailblazer” for doing work of particular significance “in the fight against criminal cyber activity and towards adding much needed layers of data security in an increasingly digital world of commerce.”

The Consumer Attorneys of California have repeatedly honored Michael as a finalist for the organization’s Consumer Attorney of the Year Award. In 2011, the CAOC recognized Michael for Gutierrez v. Wells Fargo, a class action trial that proved Wells Fargo deceptively represented its accounting of debit card transactions. Those findings were affirmed on appeal, and a $203 million judgment for restitution has been entered on behalf of a class of over one million California consumers.

In 2012, the CAOC recognized Michael for his work in the Yourke v. Bank of America overdraft fees case which resulted in a $410 million settlement for customers nationwide. In 2013, the CAOC recognized Michael as part of the team that led the multidistrict litigation, In re Chase Bank Check Loans, which produced a $100 million settlement of claims that Chase Bank violated the covenant of good faith and fair dealing in special check loan deals with its credit card customers.

In 2012, Michael was named as a finalist for Trial Lawyer of the Year by Public Justice for his work on the Plaintiff Executive Committee in the multidistrict In re Checking Account Overdraft Litigation, where over 100 cases against 35 of the nation’s largest banks were coordinated. The cases have resulted in several hundred millions of dollars in settlements providing direct payments to class members.

Michael has also taken on the automobile financing industry for allowing local auto dealers to impose discriminatory interest rate markups against African-American and Hispanic customers. The settlements in these cases included the refinancing of billions of dollars in car loan debt.

Michael was also Co-Lead Counsel in a case against the credit reporting industry, where he helped obtain a much-lauded injunctive relief settlement that for the first time required the industry to take measures to verify the accuracy of certain credit information from otherwise reliable sources. Michael has also successfully settled or tried numerous other cases involving financial fraud, false advertising, or unfair business practices against banks and finance companies, credit card companies, insurers, manufacturers, and sellers.

Other Awards and Activities

Recognized as both a Super Lawyer and Best Lawyer, the Daily Journal selected Michael as a top 100 lawyer in California for 2012 and 2013. Michael regularly participates in numerous conferences on consumer litigation, including the National Consumer Law Center’s Annual Consumer Rights Litigation Conference, Class Action Symposium, and he is a co-author of the NCLC treatise on Consumer Class Actions.