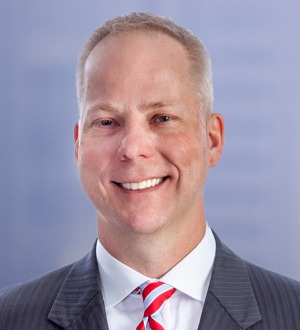 Mike Schag is an innovative trial and appellate lawyer, as well as an accomplished business leader. He is lead counsel in business and toxic tort litigation involving products liability, manufacturing, construction, design, engineering, distribution, transportation, aviation, premises ownership, government, and regulatory compliance. In addition, he facilitates commercial transactions. Mike is an Assistant State's Attorney for Madison County, Illinois, handling the defense of civil actions against governmental entities. He is the co-chair of the Toxic Tort & Asbestos practice group and in addition chairs practice groups in Government Contracts and Military Law.

Schag is a 25-year veteran of the U.S. Air Force, active and reserve. His career culminated with a seat as an Appellate Judge on the United States Air Force Court of Criminal Appeals. There he authored opinions while participating in a panel and en banc decisions. Before that, Mike was the Chief Reserve Trial Judge of the Air Force. In addition to court leadership responsibilities, Mike presided over jury and bench trials. Prior to his judicial investiture, Mike served in quasi-judicial capacities presiding over summary courts, grand jury hearings, and administrative boards.

Mike also spent an unprecedented 17 years as a key player in the Air Force's marquis National Institute of Trial Advocacy (NITA)-based TRIALS program, first as a trial advocacy instructor, then as a senior program leader, and finally as a visiting judge. He was hailed as the best team chief in the program for more than a decade. The program was featured on Armed Forces Network News.

Mike’s leadership skills led to multiple assignments as the acting director of legal operations at the Wing, Numbered Air Force, and Major Command levels. Over the years, Mike represented the Air Force in environmental litigation, tort claims, contract disputes, and was a military prosecutor. He was an Area Defense Counsel and Circuit Defense Counsel deployed into complex and high-visibility actions. Mike has appeared several times on an NBC affiliate as a military expert commenting on the legal aspects of breaking news, including events at Abu Ghraib prison in Iraq.

As an Adjunct Professor at Embry-Riddle Aeronautical University for ten years, Mike taught over 25 graduate and undergraduate level courses in insurance, environmental, labor, employment, business, and aviation law. During law school, he was a Merit Scholar and the Executive Articles Editor of the Law Review.