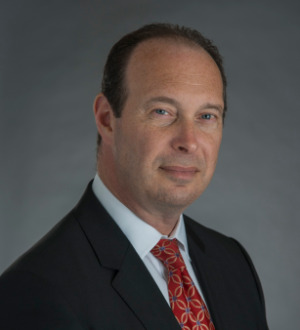 Michael S. Zicherman is a partner in the New Jersey office. For the past 20 years, Mr. Zicherman has specialized in the litigation, arbitration, and appeals of complex commercial and construction disputes. As part of Peckar & Abramson’s Construction Law Practice, he regularly represents owners/developers, engineers, general contractors, construction managers and subcontractors, on public and private construction projects, in the prosecution and defense of a broad range of construction claims and disputes, including scheduling/delay/impact damages, payment and performance bonds, mechanics’ liens, and design-defect and change-order claims, where the amounts in dispute have exceeded $100 million. The scope of his practice is both domestic and international, and has involved many different projects types, from heavy and highway, bridges, tunnels, airports, and pipelines, to public-private partnerships, retail, office and mixed-use buildings, and school construction projects. Mr. Zicherman also regularly advises clients in connection with pre-bid contract reviews and risk analyses, post-award contract negotiations and drafting, litigation and dispute resolution, and general contractual rights and obligations, as well as bankruptcy issues.

Mr. Zicherman has numerous published decisions to his credit in both state and federal courts, including the landmark decision in Panasia Estates, Inc. v. Hudson Ins. Co., 10 N.Y.3d 200, 886 N.E.2d 135, 856 N.Y.S.2d 513 (2008), in which he successfully argued before the New York Court of Appeals that insureds may sue their insurance carriers for consequential damages above the policy limits, arising out of the carriers’ breach of the insurance policy. Moreover, Mr. Zicherman is a frequent author on domestic and international construction law topics, and in addition to his many publications, since 2006, he has served as a contributing editor of The Construction Lawyer, the official quarterly publication of the American Bar Association’s Forum on the Construction Industry. He is also the co-author, since 2008, of the U.S. chapter on Construction for Getting the Deal Through, an international survey of construction and construction law.