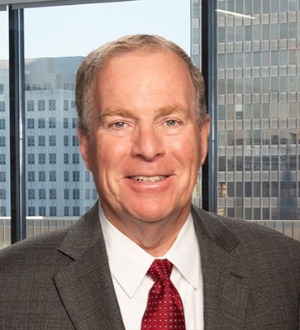 Years In Practice
Phone Number (225) 387-3221
Practice Group Leader of Taylor Porter's Criminal Defense and Domestic Relations Law practices, Mike Walsh has more than 35 years of experience representing individual and corporate clients in complex criminal and civil litigation and enforcement cases throughout the country. His practice, which includes a variety of grand jury and trial matters, involves public corruption, antitrust, healthcare, False Claims Act, Lacey Act, environmental matters, and alcoholic beverage licensing and related enforcement issues. Mr. Walsh is a Fellow of the American College of Trial Lawyers (ACTL), one of the premier legal associations in North America, composed of preeminent members of the Trial Bar, and limited to just 1 percent of the total lawyer population of any state. Fellowship is extended only by invitation, after careful investigation, to those experienced trial lawyers who have mastered the art of advocacy and whose professional careers have been marked by the highest standards of ethical conduct, professionalism, civility and collegiality. Mr. Walsh has been selected by his peers in Best Lawyers in America® as the "Criminal Defense: General Practice Lawyer of the Year" in both 2016 and 2020, and he has been selected by his peers among Louisiana Super Lawyers in Criminal Defense Law. In addition to his criminal defense and family law practice, Mr. Walsh represents lawyers, law firms, and judges in disciplinary proceedings, malpractice matters, professional liability claims and ethics violations, and he is a frequent lecturer on ethics, professionalism, and litigation skills, instructing prosecutors, defenders and federal investigators on professional liability and ethics, both internationally (Austria, Canada), and nationally (Louisiana, Alabama, Mississippi, Texas, Florida, California). Mr. Walsh has represented construction clients in litigation and transactional work involving commercial, residential, industrial and roadway projects in both the public and private sector. He has represented construction company owners, general contractors, subcontractors, homebuilders, architects, engineers, material and equipment suppliers, and manufacturers, in various legal issues facing the industry, including public bidding law disputes. He works with municipal, parish, and state agencies, and companies from various industries, on all the complex intricacies of public records requests, and in particular, the Louisiana Public Records Law, assisting in both helping clients submit public records requests, and how to respond to public records requests. Mr. Walsh advises and represents clients in a wide variety of antitrust and price fixing matters clients on whether business practices comply with regulations domestically and abroad, so that markets function effectively on fair and open competition. He is admitted to the bar in both Louisiana and Texas. Mr. Walsh formerly served as president of the Baton Rouge Bar Association and the Louisiana Association of Criminal Defense Lawyers. Mr. Walsh graduated from LSU Paul M. Hebert Law Center in 1983. He earned a Bachelor of Science degree from LSU in 1979. Before attending LSU, Mr. Walsh served in the United States Army as a military policeman having graduated from the United States Military Police School.  Mr. Walsh previously served as chairman of the Louisiana Attorney Disciplinary Board. Mr. Walsh is an adjunct professor of law at Louisiana State University Paul M. Hebert Law Center, where he teaches a course on Legal Professions. He is a frequent lecturer on ethics, professionalism, and litigation skills. Mr. Walsh is active in the Baton Rouge community, having served as chairman of the Baton Rouge Battered Women’s Program during the time period in which it acquired its present shelter, and he has served as a member of the executive committee of the Boy Scouts of America, Istrouma Council.  He is active in the Catholic Church and participated in developing policy for youth protection on behalf of the Roman Catholic Diocese of Baton Rouge.
What legal services does this lawyer offer?
Criminal Defense: General Practice
Awards