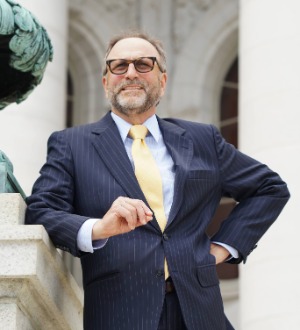 Recognized by Best Lawyers® since 1987.
124 West Broadway Monona, Wisconsin 53716
|
Firm: Fox & Fox, S.C.
|  Website
Edit Profile
Edit Your Profile
To edit your Lawyer Directory information, please login to your
Best Lawyers® Admin Account.
If you have any questions or need assistance, please contact us at info@bestlawyers.com or 803.648.0300.
Overview
Firm

Mr. Fox has been consistently recognized, not only as an outstanding trial lawyer, but as a teacher of trial practice.    His record of success in trials has led to hundreds of settlements that allowed his clients to recover financially with dignity and without requiring a public trial.  He was described by a noted colleague in the media as the “father of the civil rights jury trial” and promoted by the Minnesota State Bar as one of three national “stars of the plaintiff’s bar” repeatedly invited to address its annual Midwestern Employment Law Institute.

Over 43 years Mr. Fox has been honored as a premier lawyer in publications such as Best Lawyers in America, Chambers U.S.A. (#1 plaintiff's employment lawyer in Wisconsin), Law and Politics, Madison Magazine, the American Lawyer and U. S. News and World Report. He was elected a member of the Wisconsin chapter of the American Board of Trial Advocates, the American College of Employment Lawyers, Litigation Counsel of America and the National Association of Trial Lawyers. He received The Wisconsin Law Journal’s 2012 "Leader in the Law" award and was twice recognized by Best Lawyers in America as the top employment lawyer in the Madison, Wisconsin area. In 2017 he was listed in U. S. News and World Report as one of the top 25 lawyers overall in the Madison Area.  Mr. Fox has practiced primarily in Wisconsin and the Chicago metro area.