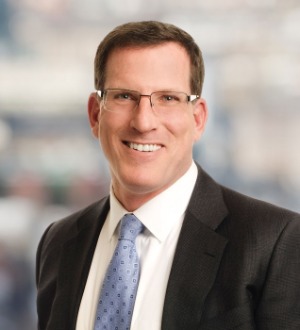 Recognized by Best Lawyers® since 2014.
3000 Two Logan Square, 18th and Arch Streets Philadelphia, Pennsylvania 19103-2799
(215) 981-4000
|
Firm: Troutman Pepper
|  Website
Edit Profile
Edit Your Profile
To edit your Lawyer Directory information, please login to your
Best Lawyers® Admin Account.
If you have any questions or need assistance, please contact us at info@bestlawyers.com or 803.648.0300.
Overview
Firm

Mike’s practice focuses on construction litigation where he has represented owners, EPC contractors, construction managers, general contractors and subcontractors in a variety of disputes on projects ranging in size from $1 million to more than $10 billion. He has tried to “verdict or award” numerous disputes involving substantial capital projects in the energy (coal, nuclear, solar and gas-fired power plants) and infrastructure markets (airports, pipeline and transmission lines), as well as commercial development projects.

Long active in firm management, Mike earned national recognition for developing an innovative and novel approach to hiring. During Mike’s tenure as chair of the firm’s Hiring Committee, the firm’s summer associate program was ranked best in the nation in American Lawyer magazine’s annual survey. Mike also was recognized for these accomplishments in the ABA Journal.