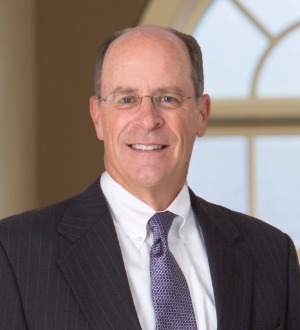 Michael O'Hara focuses his practice in the areas of corporate law, business transactions, mergers and acquisitions, finance, and creditors' rights. He is counsel for Do it Best Corp. and for numerous closely held corporations and several financial institutions.

An AV® Preeminent™ rated attorney based on Martindale-Hubbell's peer review ratings, he has been selected for inclusion since 2016 in The Best Lawyers® in America publication. Michael is involved in many professional associations, including the Allen County Bar Association, the Indiana State Bar Association, and the American Bankruptcy Institute. He is the chairman of the Allen County Bar Association's Grievance Committee and was named a 2011 "Person of the Year" by the Notre Dame Club of Fort Wayne/Northeast Indiana for professional and civic accomplishments.

Michael earned his B.A., Economics, in 1983 from University of Notre Dame, and his J.D. in 1986 from DePaul University College of Law, Chicago. He is admitted to practice before the Indiana state courts and the U.S. District Court for the Northern and Southern Districts of Indiana.

* AV® Preeminent™ is a certification mark of Reed Elsevier Properties Inc., used in accordance with the Martindale-Hubbell certification procedures, standards, and policies. The AV rating is a testament to the fact that a lawyer's peers rank him or her at the highest level of professional excellence.