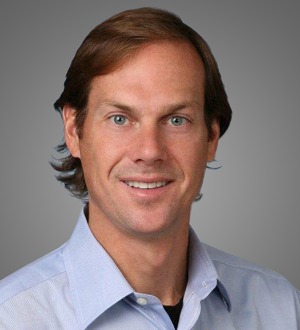 Michael began his career as an Assistant Special Prosecutor, investigating and prosecuting organized crime involvement with the failure of local financial institutions in the early 1990s. After his government service, Michael joined the historic Washington, D.C. antitrust firm Howrey & Simon, where in 1996, he became one of the youngest partners in that unique firm’s history. In 2003, Michael joined Heller Ehrman as a partner in Washington, D.C., where he helped develop and grow the firm’s federal government antitrust merger defense practice. When Heller Ehrman ceased operations in 2008, Michael joined Paul Hastings as a partner in its Washington, D.C. office, where he founded, built and chaired that highly regarded firm’s international competition practice group for seven years.

In 2015, Michael joined Sheppard Mullin’s storied antitrust practice with a goal of putting his 25 years experience to work to complement the firm’s longstanding antitrust litigation group, helping to bridge government antitrust enforcement in Washington, D.C. to the firm’s strengths in Brussels, San Francisco and Los Angeles.

Over his legal career now spanning more than 30 years, Michael practices all dimensions of competition law, defending multinational clients without borders across continents in business conduct and merger clearance investigations throughout the world's global markets. He is among a short list of lawyers who have successfully defended multiple mergers through trial and appeal in the U.S., including serving as co-lead counsel to Western Refining in its $1.4 billion acquisition of Giant Industries, which proceeded from complaint through trial in 21 days and through appeal in less than 14 days. Michael was also a core partner on the trial team that successfully defended the H.J. Heinz Company’s acquisition of BeechNut’s baby food business in the federal trial court, until reversed on appeal – a case and decision that has been widely assessed and discussed since.

In addition, Michael currently serves as an adjunct professor to Washington & Lee University School of Law, teaching International Comparative Competition Law. He also serves on the faculty to the Monterey College of Law, where he has taught Constitutional Law, Business Organizations and the Heisler Advocacy Clinic.